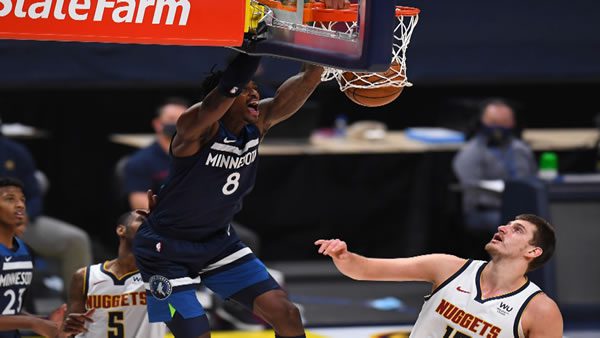 The Minnesota Timberwolves host the Chicago Bulls in a Non-Conference matchup. Tip-off is set for 08:30 PM ET at the Target Center.

The Chicago Bulls come into this game with an overall record of 45-36, placing them 6th in the Eastern Conference. Throughout the season, Chicago has struggled in their 40 road contests, sitting at 18-22. Over the Bulls’ last five games, they have picked up just 1 win. In this stretch, Chicago’s offense is scoring right in line with their season average, putting up 112.0 points per game. Combined, the Bulls’ last five opponents are giving up 109.0 points per contest. A key reason for Chicago’s recent struggles is a defensive unit giving up 127.0 points over their previous five contests. This figure is up from their season average of 111.9. In the Chicago Bulls’ most recent game, the team fell to Charlotte by a score of 133-117.

The Minnesota Timberwolves come into this game with an overall record of 46-35, placing them 7th in the Western Conference. So far, Minnesota is above .500 at home, holding a record of 26-14. The Timberwolves have played well over their last five games, picking up 3 wins. During this stretch, Minnesota is averaging 124.0 points per game, 8.0 points more than their season average of 115.9. This uptick in offensive play has come while playing a group of opponents who are collectively giving up 112.0 points per contest. Even though the Timberwolves have been adding to the win column, their opponents have had no trouble scoring the ball, averaging 128.0 points per game, up from Minnesota’s usual rate of 113.2. In the Minnesota Timberwolves’ most recent game, Minnesota took down San Antonio by a score of 127-121.

Heading into this matchup, the Minnesota Timberwolves are the more efficient team on both ends of the court. This scenario has taken place in 17 of Minnesota’s 80 games, leading to a winning percentage of 82%. So far, the Chicago Bulls have played 12 games as the inferior offensive and defensive unit. In these instances, they have lost 12 times, by an average margin of -15.0 points.

Heading into today’s matchup, the Chicago Bulls and Minnesota Timberwolves have met up for 1 game. Chicago took game one by a score of 134-122.

How the Public is Betting the Bulls vs Timberwolves

67% are betting the Wolves against the spread.

Both the Minnesota Timberwolves and Chicago Bulls come into their final game of the season knowing they will be participating in the post-season. After today’s game, Minnesota will shift their attention to a matchup with the Clippers in the 7/8 play-in game. On the other side, Chicago knows it will enter the playoffs as the 6 seed, but they do not yet know their opponent as there is a logjam between Milwaukee, Boston, and Philadelphia at the top of the Eastern Conference standings. With each team looking to rest some of its key players, the spread is sitting 7.5 points in favor of Minnesota. If Anthony Edwards is going to play for the Wolves, I expect them to cover the spread at home. Question: When you bet on games at your sportsbook, do they make you pay -110 odds? If so, you seriously need to get over to Betanysports where you can start laying -105! Making the switch will save you THOUSANDS of dollars in unnecessarily risked money!