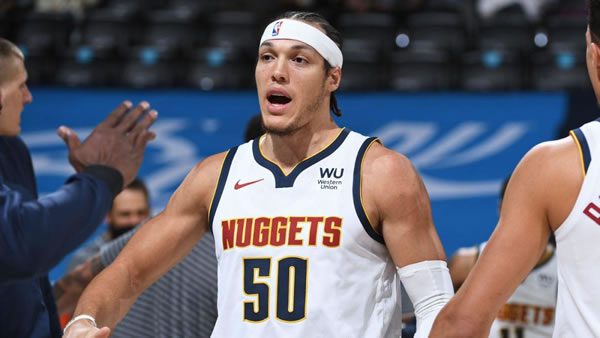 The Denver Nuggets are coming in as the more rested team, playing their last game on Tuesday night. With their 122-110 loss to the Utah Jazz, Denver fell to 2-2 on the season.

In the game, the Nuggets had three players surpass the 20 point mark. Reigning MVP Nikola Jokic was the team’s scoring leader with 24 points despite playing just 15 minutes. Jokic was highly efficient with his limited time, making 8 of 9 shots, including going 3/3 from downtown.

Will Barton was the team’s second-leading scorer, finishing with 21 points. Aside from Jokic, he was the only starter to log a positive plus-minus rating (+3). Forward Aaron Gordon shot 69% from the field on his way to a 20 point 7 rebound performance.

Last season, these two teams met up for three contests, with the series going to the Mavericks 2-1. Dallas was able to pick up both their wins on the road. Between the three games, the Mavericks tallied 353 points compared to Denver’s 337.

Heading into this game, Dallas will have the disadvantage in terms of rest. Teams playing back-to-back games already face an uphill struggle, especially when they have to travel to take on their opponent.

Last night, the Mavericks pulled out a 104-99 win over the San Antonio Spurs. In the low-scoring game, Dallas was led by Luka Doncic’s 25 points. In his 34 minutes, Doncic was 11/19 from the field and 3/8 from downtown. Despite being the top scorer, he had a plus-minus rating of -19.

Dallas also got meaningful contributions from Jalen Brunson, who scored 21 points. While Brunson was on the court, the Mavericks outscored the Spurs by 21 points.

Both Teams Want To Slow It Down

In this matchup, both the Denver Nuggets and Dallas Mavericks are among the slowest-paced teams in the NBA. When these teams match up with opponents also looking to limit possessions, the games go even slower.

This tendency should favor the Nuggets, who win 76% of their games vs. slow-paced teams. However, Dallas wins at their highest rate against like-minded opponents.

Which Defense Is Up To The Task?

Ahead of tonight’s game, the Nuggets and Mavericks will have to buckle up their defensive game plans. Both Denver and Dallas are among the NBA’s leaders in offensive efficiency.

Between the two teams, I expect the Dallas defense to hold up better. When facing opponents with potent offenses, the Mavericks give up points at league-average rate. They come away with a win in 46% of these contests with an average scoring margin of 3 points.

Denver doesn’t fare as well vs. good offenses, giving up 8 points over expectation. This lack of defense hurt them in the win column as they are victorious just 42% of the time.

In this game, the Nuggets will be banking on their ability to outscore the Mavericks. When playing teams profiling to Dallas’ defense, Denver scored 10 points more than the league average. However, this additional scoring only led to a win percentage of 53%.

Even though the Dallas Mavericks aren’t as prolific at putting up points vs. average defenses, they win at a higher rate. On average, they win 68% of the time with a MOV of 2 points.

How the Public is Betting the Away vs. Home Team

62% are betting Denver against the spread.

In this game, I will be taking the

In tonight’s game, the primary reason I will be taking Denver to cover the spread is that Dallas has to travel in a back-to-back game. This is never a recipe for success in the NBA, especially while players are still in early season form.

Even though I expect the Nuggets to cover, I still expect this to be a tight game. My model shows this game ending in a 115-110 win for Denver.

As of this time, there are no player props available. However, when lines are available, I plan to choose some Mavericks to go under their point totals. With most of their key players having just played +30 minutes, if Denver builds their lead to more than 10 points, I can see the Mavs resting some players. Note: Bankroll taking a hit lately? Instead of re-deposting at your bookie and getting NOTHING, consider taking advantage of one of the many awesome sportsbook bonuses offered on our top sportsbooks list!