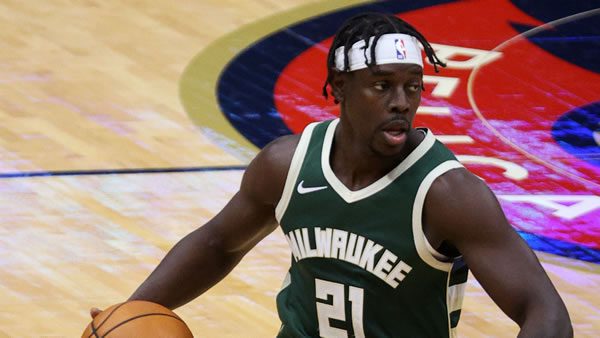 The Milwaukee Bucks come into this game with a 35-21 record and sit 2nd in the Eastern Conference. The Bucks are off to a perfect 4-0 start to February, thanks to averaging 129.3 PPG of offense. After their dominance against some of the bottom defensive teams in the league, the Bucks may see their 130+ point streak come to an end as they face a top 10 defense in the Suns. While the Bucks have been shooting the lights out from range at 46% in their last three games, the Suns have allowed just 30.5% themselves and have been among the top teams the season at defending the perimeter. An area that the Bucks do have the edge is locking down the paint, as we saw with Giannis’ dominance in last season’s NBA Finals. The Suns are in the top 10 as they average 48.1 points in the paint per game, but Milwaukee sits 4th in defending the paint as they allow 42.7 PPG. With the Suns slipping as of late from range, shooting a third to last mark of 29.2%, should the Bucks be able to dominate on defense near the basket, this will force tougher shots and give them an opportunity to keep this game within reach. The Milwaukee offense is led by Giannis, who is having another MVP-caliber season as he averages a 29-11-6 stat line. As a team, the Bucks sit 4th as they average 113.0 PPG. Defensively, they sit dead center in the NBA with the 15th spot, allowing 108.8 PPG.

The Phoenix Suns come into this matchup with a 44-10 record and sit 1st in the Western Conference. After a near-perfect month of January going 13-1, the Suns have begun this month with much of the same, going 4-1 in their first five games. What has helped Phoenix stay so dominant this season is their ability to close out games in the fourth quarter, which is an area the Suns have the edge in for this game as well. The Suns average a league-best, 29.2 PPG in the fourth quarter, which has allowed them to either come back in close games or extend their lead over teams. While the Bucks have been in the middle of the pack in this category throughout the season, they’ve struggled to play defense for a full game as they allowed 32.0 PPG in the last quarter in their last three games. In those games, Milwaukee did hold the lead, though, and didn’t need to stress over a fourth-quarter comeback. However, if they are unable to break this trend in this game, any lead they may have will diminish, or their deficit will become too large to come back from. Phoenix is led in scoring by Devin Booker, who is averaging 25. PPG. The Suns’ offense is 5th in the NBA as they average 113.0 PPG this season. On defense, they sit in the 6th spot as they allow 105.4 PPG.

Bucks on the Road

The Bucks come into Phoenix with a 16-12 road record and are 3-0 in their current four-game road trip. While dropping 130+ points in their last three contests will give them some swagger coming into this game, playing as road underdogs as of late hasn’t been a good look for them. In their last six games as road underdogs, the Bucks are 1-5 ATS and 8-19 ATS in their last twenty-seven games as just outright underdogs. With a narrow margin of 3.5-points, Milwaukee will have to set themselves up to steal a win to cover in this game. I don’t have the utmost doubt that they can’t pull it off, but with the dominance of the Suns this season and them having this game circled on the calendar all season for revenge, the Bucks will need to bring their A-game at all levels to steal this win on the road.

The Suns at home are one of the most dominant teams with a 22-5 record at Footprint Center, which is second-best in the NBA behind the Warriors. With the Bucks coming to town for the first time since game 4 of the Finals, the Suns were able to get healthy over the last few weeks to get nearly everyone back on the floor. Though Phoenix has a losing record against the spread at home this season, that hasn’t been the case when the Bucks visit. Phoenix is 5-1 ATS in their last six games against Milwaukee at home. If the Suns were without Crowder and Ayton in this game, I would be concerned with them being able to contain Giannis, but with both having the green light, I see the Suns doing enough to secure the win at home.

This matchup will be the first time these teams face this season. Looking back at last season, the Suns won both contests, including a 128-127 win in overtime in Milwaukee. Dating back further, the Suns have won five of the last six games against the Bucks.

How the Public is Betting the Bucks vs. Suns

61% are betting the Suns against the spread.

The long-awaited rematch of the 2021 NBA Finals is finally here. Both teams come in playing stellar basketball, which should make for a barn burner down to the end. The Bucks offense has been lights out lately, but their Achilles heel this season has been playing as underdogs on the road. The Suns have proven to be one of the best home teams this season and have their full squad healthy at the right time. Putting aside the trends and streaks coming in, the Suns are on paper the better team top to bottom as the Bucks depend on Giannis to fill the stat sheet night after night. Take the Suns to cover the 3.5-point spread. Question! Which team are you betting for the Super Bowl? TONS of bettors are getting duped into betting Joe Burrow and the Bengals! See why Kevin Westin is making the Rams his Super Bowl 56 pick!