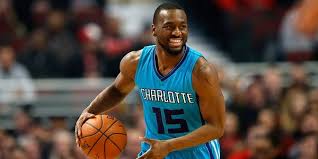 The Playoffs are Here:

Last time I covered a game it did not go as expected meaning my small win streak has ended. The Clippers forgot how to play basketball or something because they kept the game against the Warriors close until halftime and then the floodgates opened in the second half. So, you mean to tell me that the Clippers (who are a playoff team mind you) allowed the Warriors to outscore them 42 to 18 in the 3rd quarter. Really Los Angeles? How are you in the playoffs with defense like that? Even against a team as good as the Warriors, you should easily be able to score more than 18 points in a 12-minute quarter. But enough of that discussion and let’s get back to why you are here, the regular season finale between the Orlando Magic and the Charlotte Hornets.

This game is interesting because both teams have now had two days of rest to prepare. History shows that the Magic are 7-9 straight up and 6-10 against the spread this season when they have two days off between games. Meanwhile, the Hornets are also 7-9 straight up and 5-11 against the spread in the same scenario. So really neither team has a distinct advantage when they get extra days of rest. This also is part of the reason why neither team has a good record.

No Time for Disney:

The Magic may have clinched their division and a playoff spot, but they still have work to do. As I write this, the Magic are the 7th seed in the East meaning they would matchup with the Toronto Raptors in the first-round. They are tied with Brooklyn, but the Nets own the tiebreaker hence why the Magic are 7th. Therefore, a win by Orlando and a loss by Brooklyn would see the Magic move up to 6th and play the 76ers in round one. The other scenario is the Magic lose to the Hornets and the Pistons win forcing the Magic to drop to the 8th seed and face off with the Milwaukee Bucks. Now none of these scenarios are great for Orlando because they will likely be out-matched by all three of the top teams in the East, but then again, the Magic just want to finish the season with a record above .500 and deal with whoever they get in the playoffs.

So, what will it take for the Magic to win this game? First off, they are going to need elite production from what I like to call the “Magic 3”. Of course, I am referring to Nikola Vucevic, Aaron Gordon and Evan Fournier. But why specifically these three guys? Well, to start Vucevic has been the best player for Orlando all year long. The man is averaging 20.3 points per game and 12.0 rebounds per game. Not to mention he also knocks down 3-pointers at 36.4%. Next, we have Aaron Gordon. He is averaging 15.8 points per game and 7.4 rebounds per game. Finally, we have Evan Fournier. He averages 15.2 points per game. So, just between these three guys, we have an average of 51.3 points being put up every night. For an Orlando team that only averages 107.1 points per game, this is about 48% of their scoring. There are other guys who contribute as well, but their best three are going to need to continue playing at a high level or the Magic may find themselves in a much harder first round matchup than they were expecting.

Staring into the Hornets’ Nest:

Sitting as the 9th seed right now, the Hornets are in a do or die situation. They have already failed to win 50% of their games, but because the East is so bad they still have a slim chance. They must win this game no matter what, and the Pistons must lose. That said, the Hornets must play like they have in the past week if they are going to have a chance of sneaking in as the 8th seed.

Looking at some of their recent games, the Hornets beat Cleveland 124-97, Detroit 104-91, Toronto 113-111 and New Orleans 115-109. The standout in these games was obviously Kemba Walker. He has put this team on his back over the past week or so and is the reason why the Hornets are still in contention for the final playoff spot. Over the last 4-games, Walker scored 23, 31, 29, and 32. We already know that Kemba is going to go off in this game, which is why I believe the bench will be the key to a Hornets win.

Most recently, the bench scored 57 points out of the 124 that the Hornets hung on the Cavaliers. This was about 46% of the total points scored, proving the Hornets have players on their bench who can provide valuable minutes. Guys like Jeremy Lamb and Frank “The Tank” Kaminsky stand out as the ones who can provide the most bench scoring and help Kemba lead this team to a potential playoff berth. Not only is bench scoring important, but Kaminsky is big dude and can be the guy to put a body on Vucevic if the starters get into foul trouble. Now, there is always the chance that Detroit wins their last game, but the Hornets cannot worry about score watching and need to focus on playing their most important game of the season.

The Hornets are 2-1 against the Magic this year, winning by 32 back in October and 25 on New Years’ Eve. However most recently, the Magic beat the Hornets on Valentine’s Day by 38. I expect this to be a much closer game than all the other three meetings because so much is on the line for both teams. The Magic however, have a more balanced lineup, a more talented front court, and they will be able to pound the low post which will help them pull away in the end.

Take the Orlando Magic to Cover.