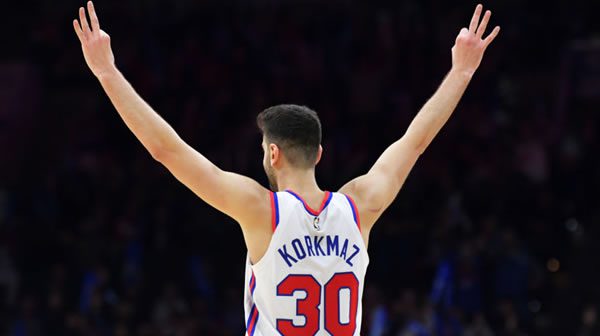 The Philadelphia 76ers currently sit at 10-8 and in the bottom half of the Eastern Conference. Philadelphia has lost six of their last eight games as they have been without all-star center Joel Embiid. Despite a 2-6 stretch, their two wins have come over their last three games, including last time on the floor against the Kings in a 102-94 final. Even though he’s played half of the team’s games, Embiid still leads the team with 21.4 PPG. Harris and Maxey have stepped up in his absence and are the next two top scorers on the team. Defensively, Drummond has stepped up, leading the team with 11.1 rebounds a game and leads the 76ers in blocks and steals. As a team, Philadelphia averages 107.7 PPG and gives up 105.6 PPG defensively.

The Golden State Warriors at 15-2 stand alone as the best team in the NBA, though the Suns are just one game back at 14-3. The Warriors enter Wednesday on a four-game win streak and are winners of nine of their last ten. With their win Monday over the Raptors, the Warriors continue their streak of 100 points scored in every game this season. Steph Curry leads the way with 28.4 PPG and leads the Warriors with steals. Draymond Green leads the team in rebounds, assists, and blocks per game. As the best team in the NBA, it’s only fitting that Golden State has the best offense and defense on the floor, scoring 114.2 PPG and giving up just 101.1 PPG. The Warriors’ 13.1-point differential is also the best in the NBA.

While basketball consists of two sides of the court, the Warriors offense has been the highest-scoring offense so far this year with no signs of slowing down. Steph Curry is having himself another MVP-caliber season and stands alone as the best player in the league for the time being. Even though Curry is the face of the team, you don’t average 114 points a game by yourself. Andrew Wiggins’ career was reborn as he came over from the Timberwolves and plugged into the Warriors offense as an important piece. In his third year with the team, Jordan Poole is having his best season across the board, including his 18.4 PPG. Against the 76ers defense, Wednesday night, if 100% healthy, would still be at a disadvantage against the Warriors. Given they are without Embiid, and a few other starters are questionable, if you can’t put your team’s best squad on the floor against the best team in the league, you don’t stand a chance of coming out on top.

The pace of play in this game will be dominated by the fast pace of the Golden State Warriors. The Warriors are 7th in the league for pace with 103.6 possessions per game. With Steph Curry’s ability to pull up the moment he passes half-court, the Warriors are known for getting the ball to their perimeter shooters. As for the 76ers, they remain one of the slowest teams in the league for pace at 98.5 possessions a game, which is 29th in the NBA. Usually, a slow-paced team playing a faster team can be helpful as it gives them more possessions as well, but playing the Warriors, if you blink without adjusting your defense, you could be on the wrong end of a double-digit run.

Just as impressive as their 15-2 record is the Warriors ability to cover this season. Given their dominance over teams, they often have double-digit or high single-digit spreads to cover yet find themselves 12-4-1 ATS this year. At home, the Warriors are one of the toughest teams to beat, let alone keep the game close, as they are 10-1 ATS in their last 11 games and have a 9-1 record at home straight up. A 10.5-point spread would be a tall task for most of the league’s teams, but the Warriors are making double-digit wins their norm this season.

Wednesday night’s matchup will be the first time these teams meet this season. Looking back at the past few seasons, the season series has been split 1-1 the last three years. The most recent game in April ended with the Warriors getting a road win 107-96 in which Steph Curry dropped 49 points.

How the Public is Betting the 76ers vs. Warriors

62% are betting the Warriors to cover the spread.

The 76ers are the next team in line to face the Warriors, who are on a tear. With missing players, including defensive player of the year perennial nominee Joel Embiid, slowing down the Warriors offense will prove to be difficult. Again, a 10.5-point spread is usually hard to cover in the league, but the Warriors have given no sign of slowing down. Take the Warriors to cover the spread against the 76ers. Note: Most bettors think they have to lay -110 odds on their sides and totals bets. The truth is… YOU DON’T! There’s one GOOD bookie out there that offers you the very same bets for only -105 odds —-> BetAnySports! Making the switch will save you THOUSANDS of dollars in risk over the long-haul! Click here to sign up now!