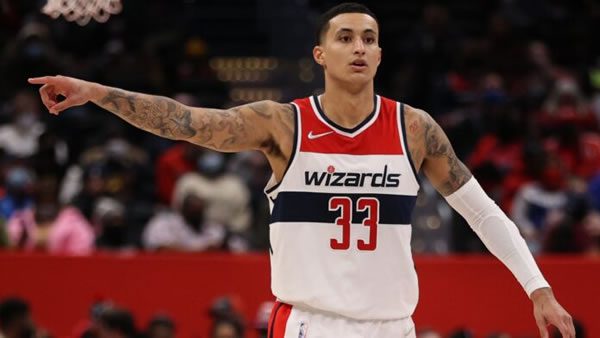 Where: Capital One Arena: Washington D.C.

The Toronto Raptors enter today’s game, having lost two straight games. Even though the Raptors are on a losing streak, they have an above .500 record in their past ten games. Going 6-4. As the road team, Toronto travels to Washington with a negative plus-minus of rating -1.9 points. Overall the Raptors are ranked 14th among NBA teams in point differential (-0.5). Among NBA teams, they have played the 7th toughest schedule.

For bettors, taking the Toronto Raptors to cover the spread has been a winning bet as they have covered in 53.70% of their games. Their season-long plus-minus against the spread is +1.0.

On offense, the team’s leading scorer is PG Fred VanVleet. So far, VanVleet is averaging 21.82 points per game while knocking down just under 40% of his three-point attempts. Behind him, Pascal Siakam and OG Anunoby are adding 21 and 19 points per game, respectively.

The Washington Wizards enter today’s game, winners of five of their past ten games. When playing at home, the Wizards are an above .500 team, having gone 13-9. As they get set to host the Raptors, Washington has a positive home plus-minus of 1.3 points. Overall the Wizards are ranked 22nd among NBA teams in point differential (-2.4). This mark has come while playing the 18th most difficult schedule.

For bettors, taking the Washington Wizards to cover the spread has been a losing bet as they have covered in 43.20% of their games. Their season-long plus-minus against the spread is -1.3.

On offense, the team’s leading scorer is SG Bradley Beal. So far, Beal is averaging 23.67 points per game while also leading Washington in assists at 6.4 per contest. Aside from Beal, the team relies on a combination of Kyle Kuzma, Montrez Harrell, and Spencer Dinwiddie. Of the three players, Kuzma provides the Wizards with excellent rebounding, averaging 8.8 boards per game.

Between the two teams, the Toronto Raptors prefer to play faster, sitting 5th in the NBA at 91.1 field goal attempts per game. The Raptors have achieved this mark despite ranking just 17th in three-point field goal attempts. On the other side, Washington is also less inclined to rely on the three-point shot, ranking 29th in the league in looks from downtown. Instead, they have done a good job attacking the basket. So far, the Wizards are 3rd in the NBA in points in the paint per game. This style of play has also led to an above-average number of free-throw attempts.

Tonight’s game between the Mavericks and Suns will be their third meeting of the season, with Toronto already picking up two wins. The Raptors picked up the 102-90 victory in their last matchup.

How the Public is betting the Raptors vs. Wizards

65% are betting the Raptors against the spread.

Heading into this game, both teams will be at near full strength with no major injuries on either side. In their first three meetings, Toronto has had Washington’s number on the defensive end of the court, giving up just 90 points in their last matchup. I expect this trend to continue as Toronto is one of the league’s better teams at interior defense. This presents a major problem for Washington, which relies on points in the paint for a large portion of their scoring. Look for the Raptors to pick up the road win and cover the spread.

Even though the Raptors have one of the better interior defenses in the NBA, they struggle from limiting opponents’ three-point efficiency. In addition, they tend to put players on the line, ranking 28th in free-throw attempts per field goal attempt. If there is one player on the Wizards capable of taking advantage, it is Bradly Beal. With a player prop at 22.5 points, look for Beal to go over this total. Bet your basketball picks for FREE this weekend by taking advantage of a 100% REAL CASH bonus on your first deposit of $100 to $500 at GTBets Sportsbook! They offer a SWEET Loyalty Rewards Program!