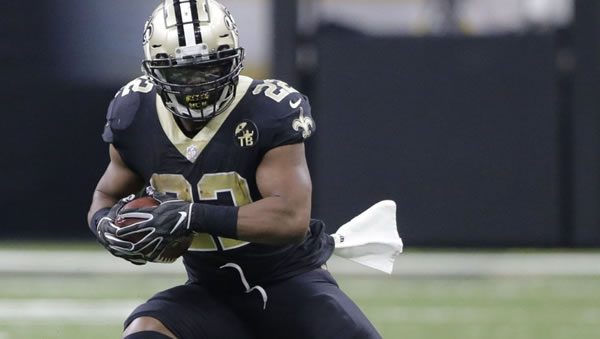 Point Spread: BUF -4/NO +4 (MyBookie - Their odds boosts are the BEST in the business!)

The Buffalo Bills come to the Superdome to take on the New Orleans Saints on Thanksgiving. It’s a big game for both. After another puzzling 41-15 loss to the Colts on Sunday, the Bills are now just 6-4 and behind New England in the AFC East standings. And now they get a short week, a foreign locale, and a Thanksgiving game against the 5-5 Saints, also looking to atone for last week. A 40-29 loss to the Eagles means they’re not the only team in this game coming off an ugly week. Who can get things turned around on turkey day?

Weird Spot for the Bills

For the most part, this season, we’ve seen the Bills deliver on their reputation as a high-powered offense. There have been spots, however, where they fell flat. The Superdome is a bit of a foreign spot for the Bills, with a lot of the roster having not played here previously. The Saints have a good defense. They are one of the best against the run, which could render the Bills a bit one-dimensional, not that they depend on a ton on the run. Still, a road-spot against a good defense in what to them is a funky locale could register in a good way for the Saints.

With the Bills having a well-rounded, solid, and playmaking defense, the struggling Saints’ offense will be up against it. The Saints have been going against bad defenses or ones that are strong in particular areas. The Bills are tough against the run, making this a less than ideal spot to see Alvin Kamara pounce in the off-chance that he resurfaces. With Trevor Siemian running with his no-name receiver crew against a secondary that has subdued far-better aerial offenses, it’s not easy to locate concrete optimism for this Saints’ offense this week. Then again, we’ve said that about the Bills before and been wrong.

Without good QB play, the Saints are really strapped with an aerial package that is clearly substandard. Sure, a guy can step up on a given week, but it’s really a mish-mosh trying to figure who might have a good game. And even a healthy Kamara hasn’t been deployed the same way this season, with so many runs up the middle of the line where he doesn’t have space to flex his skill-set the right way. With Mark Ingram leading the way, it’s really bleak. And this Saints offensive formula could work against some bottom-end defense or ones that have certain vulnerabilities. In this spot, however, a hungry Bills “D” might not be the most ideal spot.

While the Saints have a big edge at running back with a still-robust weapon in Kamara, the firepower differential is massive between the two offenses. And with Kamara out or limited makes it that much more of a gap. Josh Allen is one of the more explosive quarterbacks in the league. Stefon Diggs, Emmanuel Sanders, Cole Beasley, and TE Dawson Knox do a lot of damage, and even complimentary Bills’ ball-catchers would be featured players on the Saints’ offense. There are things the Saints can do to bridge this gap, perhaps, but it’s a big hole to be playing out of when the opponent has so many more avenues to scoring points.

We speak laudatorily about the Bills’ high-powered offense and their balanced, stout, and playmaking defense. But we also see the recipe coming together with less regularity this season. The bottom falling out against the Colts wasn’t the only time the Bills failed to dial it up on a given week this season. With the bizarre 9-6 loss the Bills a few weeks before, maybe it’s not an aberration after all. For the most part, they deliver as advertised. But when they don’t, things can get downright backward with this bunch. And at the prices and spreads they’re going off at, it’s not going to cut it.

Granted, the Saints don’t appear to have the offensive upside to threaten the Bills like some other teams that did well against them, like the Colts or Titans. But Jacksonville isn’t known as some offensive powerhouse, and that day, they were able to rely on their defense and on the Bills having an off-day, something that we’ve seen more of lately. In a tough road spot for the Bills, maybe the Saints aren’t as a bad as an upset candidate as it seems.

The Bills have worked hard to become contenders. Over the last few years, their regular seasons haven’t been plagued by slumps that create these must-win games—until now. In the last few seasons, this is their most-immediate regular season crisis. While teams in a funk can’t always simply will themselves into better form, one would expect the Bills to pour a lot of energy and urgency into this game. For them, another loss would put them into a wild card mish-mosh from which they might not recover. A win puts them right back on track. I’d expect them to act accordingly.

On one hand, it might be dicey playing the urgency game since it really hasn’t been a lack of urgency leading to some of these awful Buffalo performances. And it’s not like New Orleans doesn’t have its own share of concerns, as they are also at a midseason crossroads. I just see the Buffalo aerial attack taking some hold this week, along with a hungry defense that is really in a position of needing to atone after giving up five TDs to Jonathan Taylor last week. While there is this nagging feeling that something is amiss in Buffalo, I see them looking more themselves this week. I’ll take the Bills.

Loot’s Prediction to Cover the Point Spread: I’m betting on the Buffalo Bills minus 4 points. Bet your Thanksgiving Day NFL picks for FREE by taking advantage of a 100% REAL CASH bonus on your first deposit of $100 to $300 at MyBookie Sportsbook! (Must use bonus code PREDICT100 when signing up).