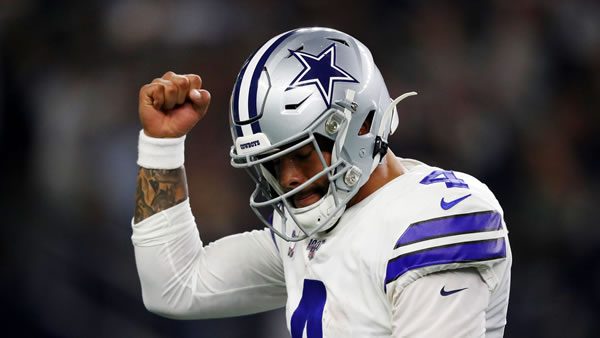 For the first time in 6 years, the Carolina Panthers have started the season 3-0 SU and it comes in Head Coach Matt Rhule’s 2nd season after inheriting a depleted group of talent. Now the Panthers currently sit on top of the NFC South standings thanks to the Buccaneers loss to the Rams last week and will look to keep their momentum going with a week 4 road trip to meet the Dallas Cowboys at AT&T Stadium. The Panthers have covered the spread in their last 8 straight road games but this will likely be their biggest test of the season against a Cowboys’ team that just blew out Philadelphia on Monday Night Football by a score of 41-21.

While the Panthers undefeated mark is a step in the right direction, many would point to their opening schedule as the elephant in the room. The Panthers first 3 victories have come against the likes of the New York Jets, New Orleans Saints, and Houston Texans. The only victory in that stretch that can be given any respect is Carolina’s win over New Orleans in week 2 thanks to a horrible performance by QB Jameis Winston. For the Jets and Texans, they are among the worst teams in the AFC. Therefore, I would imagine that we will find out just how good this Panthers team really is when they travel into Dallas this weekend as mere 5 point underdogs.

At first glance, my initial thoughts were this should be an easy spot for the Cowboys to cruise to another victory this week. The Panthers will be without star running back Christian McCaffrey and QB Sam Darnold continues to underperform on a near weekly basis. If you combine that factor with the Cowboys explosive offensive performance from last week, then it would appear to paint a clear picture in favor of the home team. However, we can never make assumptions based on prior performances alone. Despite the Panthers’ mediocre success on offense, this is still a prime opportunity for the passing offense that features DJ Moore, Robby Anderson, and Terrace Marshall to attack a vulnerable Cowboys’ pass defense and pass rush.

In last week’s Monday Night Football fiasco, the Cowboys defense played well but perceptually it looked better because of the horrendous play of QB Jalen Hurts. There were opportunities for the Eagles which were either not executed or poorly designed. Even without McCaffrey in the lineup, backup running back Chuba Hubbard will have opportunities against this Dallas defense that is missing several key players. If the offense can get a little help from Sam Darnold, they could easily have success. The question will be if they can keep pace if Dallas continues to fire on all cylinders on the offensive side of the football?

In reality, last week’s offensive performance was about as good as it gets from Dallas. QB Dak Prescott threw for 3 touchdowns, running back Ezekiel Elliott bulldozed for 95 yards with 2 touchdowns, and the emerging threat of backup running back Tony Pollard contributed with another 60 yards on the ground. The Cowboys moved the ball with ease and the play calling was near flawless. Obviously, we cannot expect perfection every week but it should be considered that Carolina just lost their star CB in Jaycee Horn in last week’s win against Houston. Carolina’s pass defense will take a hit with the injury to Horn and I expect they will be on their heels in this match-up expecting the status quo with the Cowboys’ balanced attack.

Personally, I have gone over this game several times in my head and tried to simulate the most probable outcomes. While I can get on-board with laying the points in Dallas, I still think the Cowboys defense is vulnerable to an upset. The Panthers are going to have success moving the football and I would not be surprised if this turns into a shootout. The Cowboys have hit the “over” in 9 of the last 11 games at home and I think that is the play again here. Expect both offenses to win their respective battles and the over to cash!