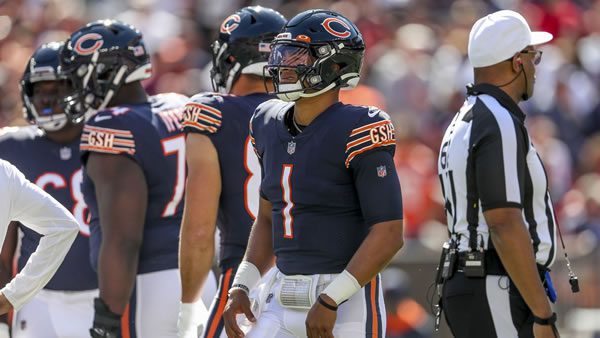 The quarterback battle continues in Seattle, which is one reason why the line is shifting toward the Seahawks despite their defeat in Week 1. Seattle has a genuine question between Geno Smith and Drew Lock as to who’s going to replace Russell Wilson, and the Seahawks didn’t really get all that close to figuring things out in the preseason opener against the Steelers.
The Bears have no such worries. They’re going to ride with Justin Fields for better or worse, probably not for very long. The game before the final preseason game is traditionally the one where starters play for an entire half, but the Bears won’t be doing that in this game. Both teams had a short week after playing on the weekend before playing Thursday, so Chicago coach Matt Eberflus isn’t going to push his team, especially when the Bears have to cross two time zones in the process. The Seahawks will ride with their first-string for longer because they need to, and that likely means Seattle will come out with a win in this matchup.

How the Public is Betting the Bears/Seahawks Game

The public is riding the Seahawks pretty hard in this one. Seattle started as a three-point favorite, but the Seahawks jumped to a 5.5-point favorite once the public got involved. The line ticked up a point in response to all of the overs last week, rising from 39.5 to 40.5.

The Bears’ offense didn’t really come to life until after Justin Fields left the game against Kansas City, which could be a significant problem for Chicago moving forward. Even after the Chiefs put in the reserves, Chicago still didn’t do all that much other than taking advantage of short fields from Kansas City’s inept backups. The Bears did do a decent job running the football with Trestan Ebner and De’Montre Tuggle, and they might lean on the run to try to get a clearer picture of who’s going to win that job in September.
The passing game wasn’t much of anything to write home about, and with the starters not playing much at all in this game, Chicago isn’t likely to try to do much to attack the Seahawks in the air. The under could very much be in play here, as the Bears want to find out what they have on the ground in this game.

Seattle is the exact opposite of Chicago in this game: the Seahawks will throw it to see how their quarterbacks handle the game situation. The Seahawks effectively moved the ball throughout the game with Pittsburgh, and even though that mostly came with the Steelers’ starting defense on the sidelines, both Lock and Smith hit their passes, and the Seahawks’ line showed signs of life. The running game also proved fairly effective for Seattle. The Seahawks got good performances out of DeeJay Dallas and Travis Homer to establish plenty of depth at the running back position. Seattle might turn to the ground game more in the later stages of this game to see what it has in Kenneth Walker III, as the Michigan State product didn’t really do a lot in his first NFL action.

Pete Carroll appears to be taking a different approach to the preseason this season, as the Seahawks are far less experienced this year and actually need the reps. Last year, Seattle scored all of three points in the first two games of preseason action before unloading on the Chargers in the reserve game, but this year’s Seattle squad is full of players who were reserves before, so they’re proving more effective than in past Augusts. Chicago got a little done on offense in the second half last time out, but Eberflus doesn’t appear concerned with the preseason. Even though the Bears aren’t much more experienced than the Seahawks, Eberflus is apparently focused on September.

The things people do for television. The evening will be beautiful in Seattle, but the teams are going to have to suffer through the first half in one of the warmest days in Seattle’s history first. Temperatures will be pushing 90 degrees at kickoff, which might break a record for August 18 in the Emerald City. Wind will blow north-northwest at six miles per hour.

The Seahawks are going to give their starters plenty of reps compared to the Bears, and the fact that Chicago really didn’t do anything last week says that Seattle should have the edge. I don’t expect much scoring from the Bears in this matchup; I’ll back the Seahawks to emerge with a comfortable win here.