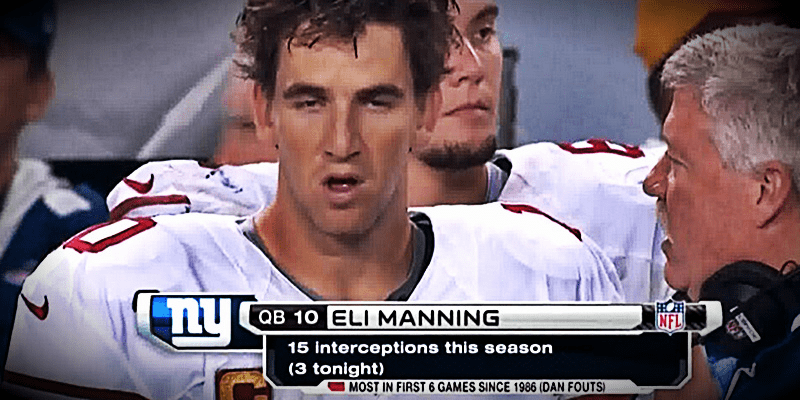 One of these teams was expected to be in the playoffs last year, and the other was expected to the butt of NFL jokes struggling to win games. It turned out that way, but the Giants were supposed to be the playoff team and instead it was the Jaguars that made it to the playoffs and were a few good plays away from making it to the Super Bowl.

Odell Beckham Jr. was injured in week 4 leaving the Giant offense void of playmakers and unable to compete, scoring more than 20 points in only 4 of their final 12 games. Coach Ben McAdoo gradually lost his grasp on the team as the downward spiral picked up speed. With the G-Men sitting at 2-10 McAdoo was fired and Steve Spagnuolo took the reins and led the team to 1 win in the final 4 games. The Jags had just the opposite season. Their brash and cocky defense was arguably the best in the league and rookie running back Leonard Fournette set the tone with his bruising running style. QB Blake Bortles was up and down but played well enough to lead the squad to 10 wins and then turned in solid playoff performances. Now these 2 teams meet in the Meadowlands to kick off their 2018 campaigns.

Which Eli Will We See?

The Giants were one of the more hotly debated teams this off-season – should they blow the team up and start from scratch, or do they have 1 more super bowl run in them? QB Eli Manning was the center of the debate, and new GM Dave Gettleman gave Manning the vote of confidence and has gone all in to win this year. Gettleman used the second pick in the draft to take Penn St. running back Saquon Barkley. Barkley is a hybrid back along the lines of David Johnson and Todd Gurley that amassed 1900 scrimmage yards in his final collegiate season and though there was debate if the second pick should be used on a running back, there was no debate that Barkley is a special player. Beckam Jr. should be 100% healthy and tight end Evan Engram proved last year to be difficult to defend in the passing game. New York was 31st in points scored last year and horrible in all phases of the offense, including the O-line that is only partially remade going into 2018. Manning’s physical skills have somewhat diminished but now has the skill players at his disposal to bring the Giants’ offense back from the dead. We’ll see if he has anything left in the tank.

For fans that live to watch defensive football, the Jaguars were a dream come true in ’17, finishing 2nd in points allowed, 1st in yards per play, 1st in defensive scoring, 2nd in turnovers, 2nd in sacks and 1st in trash talking. Most of the 2017 unit returns with the exception of slot cornerback Aaron Colvin. The only blemish on the unit was a 21st ranking in run defense which was better in the second half of the season after the acquisition of Marcel Dareus. Dareus has had off field issues emerge once again this off-season and there is a chance he is not on the field for the opener. Barring injuries there is no question this defense will be at the top of the class again in 2018.

Which Blake Bortles Will We See?

The Jaguars offense was efficient in 2017. They were 1st in rushing yards and 2nd in rushing touchdowns while being in the middle of the pack in passing categories. They have doubled down on their strength by adding guard Andrew Norwell to further strengthen their offensive line. The whole offense is driven by the running game, when it works Bortles is able to make plays down the field but when there is no running game Bortles is unable to put the team on his back and carry them. The receiving crew was a committee approach that worked last year and should be better this year. Bortles showed he could elevate his game last year and will have to show this more often in ’18.

The Giants defense last year was 27th in points allowed, 31st in yards per play and were equally bad against the pass and run. Alec Ogletree was added at inside linebacker and is a big step up. He is the only major addition to the D that will look to get back to its 2016 form when they were 2nd in the league in points allowed. The biggest concern for the defense is pass rush as they only managed 30 sacks last year and will count on 3rd round rookie Lorenzo Carter to pressure opposing QBs along with Olivier Vernon. It’s very possible this defense checked out on Coach McAdoo last year and can play closer to their 2016 form this year.

Home Dogs Will Rule the Meadowlands

I look to the Giants to open 2018 on a strong note. New Head Coach Pat Shurmur will get more out of Manning as long as all of the playmakers stay healthy. Beckam Jr. will have his hands full with cornerback Jalen Ramsey but Shurmur should be able to scheme him open and Barkley and Engram should be able to do some damage in the middle of the field. The key will be if the Giants front seven can shut down the Jags running attack and put Bortles in difficult 3rd down situations. I like new defensive coordinator James Bettcher and think he will be able to attack the Jags offense and keep Bortles off balance. The Jags are talking about a 16-0 schedule and have the Patriots in week 2, so I could see them looking past their first week opponents that only won 3 games last year.

Play the home underdog Giants -3½ at -115 in the Meadowlands week 1. Most top sportsbooks are hanging under 43½ (or first half under 21½) is also a strong play as both teams should be conservative and lean on their defenses especially early in the game.