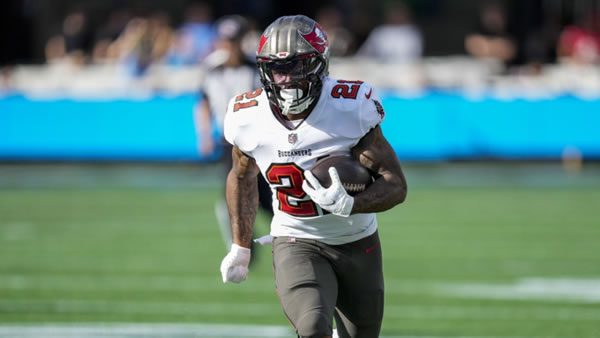 The Tampa Bay Buccaneers bounced back from a 9-0 defeat to the Saints in week 15 with a
flex-worthy 32-6 victory over the Carolina Panthers last week. The Buccaneers have already
secured the NFC South, which includes a top 4 seed in the playoffs. However, Tampa Bay is still in
the thick of the fight for a first-round bye and will have the luxury of closing out the season
with layup style match-ups against the New York Jets and a 2nd meeting with the Panthers. On
Sunday, Tampa Bay makes the trip to East Rutherford as 13 point road favorites against the New
York Jets at MetLife Stadium.

The New York Jets captured a rare victory last week with a 26-21 win over the Jaguars to snap
a three-game losing streak. Despite another subpar performance from QB Zach Wilson in the passing
game, the Jets received a big boost in the running game. RB Michael Carter had 16 touches for 118
yards while Wilson added another 91 yards on four carries which included a 52-yard touchdown run.
Wilson’s opening touchdown run was the longest of the season for the Jets’ on the ground and
contributed towards a 273-yard rushing performance from the Jets’ offense in the victory. On
Sunday, the Jets hope to sustain the offensive momentum in a more difficult match-up against the
league’s top run defense in Tampa Bay.

At first glance, I must admit that I was surprised to see the Buccaneers laying 13.5 points.
The match-up significantly favors Tampa Bay, but bettors should not forget that this Tampa Bay
team has been riddled with injuries in recent weeks. WR Chris Godwin was lost for the season in
week 15 with an ACL injury. Meanwhile, RB Leonard Fournette was placed on the IR with a hamstring
injury which will end his regular season. Likewise, WR Mike Evans was held out of last week’s win
against the Panthers with a hamstring injury and was placed on the COVID list on Monday, which
puts his status in jeopardy for the 2nd straight week.

As a result, QB Tom Brady has been severely limited with numerous backups at the skill
positions. WR Antonio Brown made his return to the team last week and parlayed ten catches into
101 yards. Brown has quickly become the focal point of the offense on the heels of the injuries
and will likely remain the center-piece until Fournette and Evans return. Obviously, the
limitations bring into question the nearly two-touchdown betting line that Tampa Bay is laying
this weekend on the road against the Jets, where the team is 0-7 SU in their last seven trips to East
Rutherford. Granted, these are many different teams than the historical trends are capturing, but
it is slightly surprising to see the Buccaneers getting the nearly two-touchdown nod in this
scenario.

Crush your co-workers with Gman’s office pool predictions where he picks every game both straight up and against the spread!

Purely from a match-up perspective, Tampa Bay has a lot of positives to consider. The
The Buccaneers run defense is the best in the NFL, which should shut down any repeat performances the
Jets’ captured in last week’s win against the hapless Jaguars. As a result, that will put the
pressure back on QB Zach Wilson who has thrown for just 470 yards combined in the last three games
with just one touchdown. During those three games, Wilson has been sacked ten times and is completing
just north of 55% passing. If Tampa Bay is able to shut down the run early and often, as I expect,
the Buccaneers pass-rush will be able to pin their ears back against the vulnerable Wilson in one
of their more ideal match-ups of the season.

Jay’s Pick: I have not backed away from
laying the points with big point spreads this season in ideal match-ups, and that has been a
successful strategy. I think this is a smash spot for the Tampa Bay defense, and I trust Brady
will take advantage of the opportunities. Take Tampa Bay -13.5. Want more bonuses? Kick 2022 off right by fattening up your bankroll with another 100% REAL CASH bonus on your first deposit of $100 to $500 at GTBets Sportsbook!