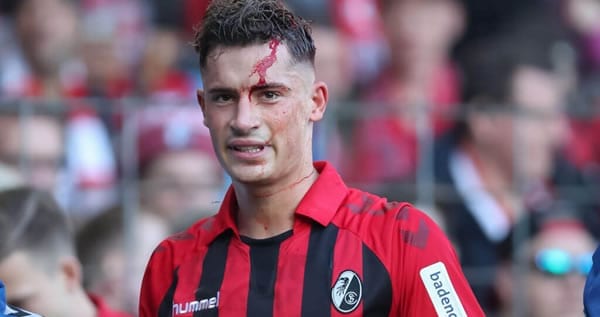 Two teams that posted odd results earlier in the week face a quick turnaround after playing just three days prior, as Leverkusen tries to get back into its Champions League place, and Freiburg tries to move up into a Europa League place. Leverkusen had been the strongest side in the Bundesliga this side of Bayern Munich, but its poor play on Tuesday makes it difficult to trust them moving into this match. Freiburg, on the other hand, has been all over the place in terms of consistency.

This seemed to be an easy pick of Leverkusen, given how their first two matches since the restart went, but then the Worker’s Eleven shocked everyone by losing at home to Wolfsburg, which knocked them out of a Champions League place and dropped them right back into fifth. What made the loss more surprising was that Leverkusen had handled Wolfsburg on the road earlier in the year and should have had no trouble with them at home. Plus, if there was to be a letdown, it should have come in this match, because the home match with Bayern looms right after this one is played.

So can we still trust the Worker’s Eleven in this match? It depends on how you look at their past three games. If you look at possession, Leverkusen should still be a favored side. It won the possession battle in each match quite comfortably, and in its previous two road matches, Leverkusen showed an aggressive style, scoring seven goals and conceding twice. On the other, Leverkusen showed an alarming lack of aggression against Wolfsburg. Only one of eight shots were good enough to find the target, and it found its way into the net.

If Leverkusen is its usual aggressive self, this should be a win for them. If not, the door is very much open for Freiburg.

BET THIS MATCH FOR FREE BY TAKING ADVANTAGE OF A HUGE 50% REAL CASH BONUS ON YOUR FIRST DEPOSIT OF $100 TO $500 AT BOVADA SPORTSBOOK!

Freiburg is, without a doubt, the strangest team during the restart. Freiburg had no business taking a point off of RB Leipzig, but it not only did, it nearly stole the match in the dying minutes. Freiburg then dominated the game against Werder Bremen, but never found the net and ended up with a 1-0 loss. They followed up with a draw to Frankfurt, which they led 3-1 before blowing the lead and taking a 3-3 draw. To say the least, Freiburg’s results have been all over the place.

It’s hard to say if it will continue, but one more piece of information suggests that it will: Freiburg has been completely unable to make its ground a fortress this year. In fact, it’s been the exact opposite. Paderborn, Werder, and Dusseldorf, the Bundesliga’s three worst sides, have all come to the Schwarzwald-Stadion, and all three left with a victory.

For Freiburg to get a result here, it’s got to find a way to match up to Leverkusen in terms of firepower, and that’s not an area where Freiburg shines. In six of its past eight matches in the Bundesliga, Freiburg has scored one goal or fewer — not a number you want to be true when facing the likes of Kai Havertz.

I’m very confident in Leverkusen here. Freiburg might have stolen a point off of RB Leipzig, but the Red Bulls have been the king of the draw and haven’t been able to put teams away when they get the chance to do so. Leverkusen has no such handicap and should be able to grab a win, but the big question is whether their defense can be trusted. The last time Leverkusen shut out anybody on the road was Dec. 21 at Mainz, which makes the idea of both teams to score at +190 an appealing idea.

But the over might be a challenging number to hit. Freiburg’s lack of attacking prowess has left them with just a single goal in three of its past eight matches and shut out in three others, which makes it hard to see four goals in this match. I’d lean toward the under here because I don’t trust Freiburg’s goal totals at all. Unless you think Leverkusen simply explodes — an unlikely proposition given that Freiburg usually hasn’t been blown out when it has lost — taking the under to cover a likely struggle from Freiburg seems the way to go.

If I trusted Leverkusen’s defense a little more, I’d go for the shutout here and bank on a comfortable win for the Worker’s Eleven. But I can see Freiburg staying in the match, grabbing a late effort and ultimately having its comeback attempt fall short this time around. Given Freiburg’s overall offensive struggles, I’m going to gamble on the lower-scoring situation and take a 2-1 win for Leverkusen as my score choice. If you’re not playing with sportsbook bonus dollars (free bets made off deposits at numerous sportsbooks OR playing at a discount betting site, you’re not getting the best value you can get. It’s great to be loyal to PEOPLE in life, but when it comes to betting, you have to look out for yourself and take advantage of every single opportunity you can because the deck is stacked against you!