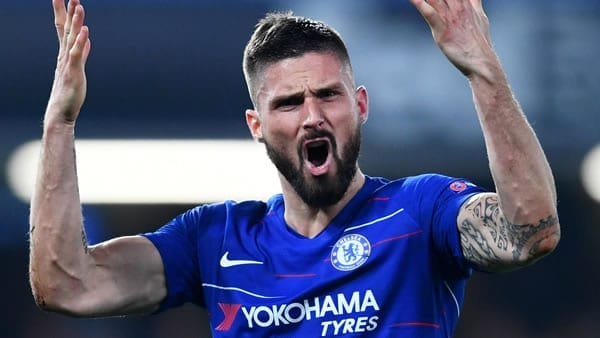 For the best odds value visit 5Dimes - You can bet games at discounted odds! Every game!

Chelsea defeated Liverpool 2-0 on March 3 at Stamford Bridge in London.

For Chelsea, everything is on the line as the Blues come to their final road match of the season. Win, and the Blues don’t have to worry about their final game of the regular season at all, as they’ll lock up a Champions League berth because they’ll guarantee that they finish no lower than fourth place. However, a win is the only thing that will help Chelsea here, as their goal difference isn’t high enough to beat out Leicester or Manchester United if they finish the year tied.

To add motivation to the mix, the longest unbeaten run at home in Premier League history belongs to Chelsea, who went 86 matches without a loss at Stamford Bridge from 2004 to 2008. The team that stopped their streak? Liverpool, of course.

Does Chelsea have the legs to stay with Liverpool after going 90 minutes on Sunday in the FA Cup semifinals? Chelsea did keep Christian Pulisic on the bench in the win over Manchester United and got Willian and Olivier Giroud off the pitch in the second half, so tired legs might not be a factor for the Chelsea strikers. But the fact remains that Liverpool hasn’t played a match in a week, while Chelsea comes in off a mere two days of rest.

Plus, Chelsea has really struggled on the road against high-caliber sides. Away from Stamford Bridge, Chelsea has lost to both Manchesters, drawn with Leicester and got put to the sword at Sheffield United in its most recent away matchup, a 3-0 loss to the Blades at Bramall Lane. Even if Chelsea can keep up the attack, the defense has been a liability all season away from Stamford Bridge. Chelsea has allowed its opponent to score in 17 out of 18 road matches in the Premier League, with the lone exception being a shutout of Tottenham when Spurs had Son Heung Min sent off with a red card in the 62nd minute.

Are the Reds still motivated to finish out this season with an unbeaten home record? No Premier League side has ever won 18 matches at home, and none has ever taken as many as 55 points at home in a season. But Liverpool doesn’t have 100 points to shoot for any longer, and its past two home matches against Burnley and Aston Villa have left something to be desired. Part of that is because Villa are desperate to survive, and Burnley is playing about as well as anyone in the Premier League right now. However, there are still several questions about whether Liverpool is mentally worn down by being the best for more than a year now. The Reds have worn the target across Europe, as they’re not only the Premier League champions for the first time, but they’re still the current Champions League holders.

As great as Mohamed Salah and Sadio Mane have been, heavy is the head that wears the crown for as long as Liverpool have. Liverpool remains an immensely talented side, but quite frankly, no team needs a couple of months away from the pitch as badly as the Reds do.

Here’s another thing to keep in mind: Liverpool finally gets to lift the trophy for winning the Premier League in this match, as this marks the final game of the season at Liverpool. It seems unlikely that Liverpool is going to allow Chelsea to spoil the party with an upset win, so I’m going to back Liverpool to get a win here. There’s very little juice to worry about here at -106, but if you’d rather get plus money no matter what, I’d take Liverpool to win and both to score at +210.

Liverpool has allowed the visitors to score in three of their past five home matches at Anfield, and prior to the shutout loss at Sheffield, Chelsea had scored in five consecutive road matches. I think there’s also substantial value in backing Liverpool to win and over 3.5 goals scored, as both teams have plenty of firepower and should be motivated to go all out to try to get a result. Bet your soccer picks for FREE by taking advantage of a special “Deposit $100 to $300 and get a dollar for dollar matching real cash bonus” at MyBookie (See our MyBookie Review)! You must use promo/bonus code PREDICT100 an sign up through this special link!

Chelsea’s struggles on the road have me skittish about trusting them here, even in a match against a Liverpool side that is clearly looking at the finish line. Plus, Liverpool wants to finish this year right, and that means a win before lifting the trophy for the first time.

I can’t see Chelsea ending the streak here. I’ll take Liverpool to make it 59 in a row at home without a loss with a 3-1 victory over Chelsea at +1300.