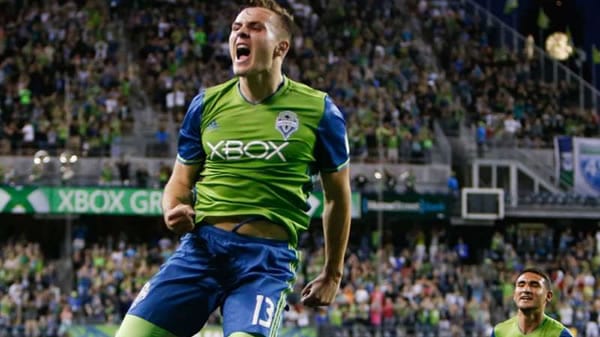 One side has been here many times before, while the other is in brand-new territory. The Sounders are playing in the Western Conference final for the fifth time in seven years, and they’re attempting to reach the MLS Cup final for the fourth time in their history.

On the other hand, Minnesota barely knows a world in which the Sounders haven’t been on top of the Western Conference and hadn’t won so much as a playoff match before 2020. But the Loons have looked outstanding in this postseason, outscoring Colorado and Sporting Kansas City by a combined 6-0. Minnesota is in just its fourth year in MLS but has shown drastic improvement over the past two seasons and made itself into a squad that’s on the doorstep of being championship-worthy.

But in order to get to the championship, the Loons will have to do something that hasn’t been done since 2013: beating Seattle in the playoffs at Lumen Field. The Sounders boast a 14-0-1 record at home in the postseason over the past six seasons, and the last team to even get a result against the Sounders in Seattle in the playoffs was Dallas in 2014. Of course, just beating Seattle would be a huge accomplishment for Minnesota: the Loons have never beaten the Sounders, holding a record of 0-5-1 all-time against Seattle.

One thing Minnesota has going for it is that it isn’t going to be intimidated by its horrible history against Seattle after what just happened against Sporting Kansas City. Minnesota came into Kansas with a 0-5-0 record and only one goal to its name in Kansas City, but the Loons buried SKC with three first-half goals and turned the match on its head. Kevin Molino struck for two goals, and he and Robin Lod have formed a potent combination that’s given Minnesota an attack that’s produced 42 goals this year.

However, Minnesota could have easily lost control of the match in the first few minutes, as Sporting had several early chances that required Dayne St. Clair to step up and make some key saves. SKC missed three chances that could have resulted in a different match, and the Minnesota backline has to do a better job of tightening up against the Sounders. The Loons haven’t given up a goal in any of their past three matches, but each of their past four opponents have let three genuine chances fall by the wayside. Seattle’s attack is far more experienced than Sporting, Colorado, or Dallas, and if the Sounders get the same chances that SKC did, they’re not likely to miss.

The Sounders picked up just their fourth home shutout of the year against Dallas, but that was more of a product of FCD not possession much of anything in the way of attack. Seattle’s back four has consistently given up one goal and nothing more, as the Sounders have conceded one goal in nine of their 14 home matches.

What makes Seattle dangerous is a three-headed monster of attackers Raul Ruidiaz and Jordan Morris and midfielder Nicolas Lodeiro. Virtually everything the Sounders do goes through Lodeiro, who has racked up double-digit assists in four consecutive seasons. Meanwhile, Ruidiaz has only failed to score in two playoff games since he arrived in Seattle in 2018. Ruidiaz, in particular, has been effective in 2020, as his 12 goals ranked second in the league.

I’m not going to read too much into Minnesota’s previous shutouts. I think the Loons are rather fortunate to be still playing at this point, and a side with stronger finishers, such as Portland or Los Angeles FC, likely would have beaten them by now. Seattle fits that bill, and I think the Sounders can take advantage of the chances that Minnesota is conceding. The Loons are giving up double-digit shot attempts in the postseason, so I’m going to back the Sounders to win and both teams to score at +240.

I think Minnesota will push much more than Dallas did, and I expect the Loons to find a goal in there. If you want to get really aggressive, I’d play Seattle to win over 3.5 goals at +340. The Sounders have scored three or more goals in five of their past seven playoff games, and the two exceptions were Seattle shutouts. If Minnesota falls behind early, it will have to press, which should open things up for the Sounders.

Finally, I’ll again throw a bet on Raul Ruidiaz to find the net. Ruidiaz did get shut out last game, but that’s just the second time in the playoffs that he’s failed to score. That game did boost his odds to +130, making him a solid play. On the Minnesota side, I think Kevin Molino (+230) makes a lot of sense.

Minnesota has done a great job to get this far, but the Loons really aren’t up to the level of a team like the Sounders yet. They’ve never played in a game this big, while the Sounders are attempting to become the first team to repeat as champions since the Galaxy did it in 2012.

I think Minnesota will push the Sounders for a while, but Seattle’s the stronger team should earn another trip to the MLS Cup final. The Sounders have scored three goals exactly in three of their past four playoff matches, so I’ll back them to do it again in a 3-1 win at +1250. Bet this game and all your picks this week for FREE by scoring a massive 100% real cash bonus on your first deposit of $100 to $1000 at BetNow Sportsbook!