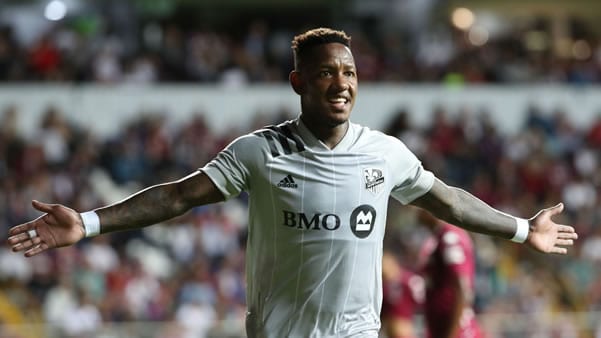 New England handled Montreal by a 3-2 margin on Oct. 14 at Red Bull Arena in Harrison, N.J.

The end of the MLS regular season couldn’t have gone much worse for New England, which not only missed out on a free pass to the main draw but ended up falling to eighth, creating a daunting task for Bruce Arena’s crew. Not only do they have to play an extra match against Montreal, but if they win, their reward is going right back to Philadelphia, the team that sent them here in the first place. The one positive is that they’ve got the opponent they need in the first round, as Montreal has really struggled against New England this season. The teams have met three times since the pandemic began, and all three have gone in the win column for the Revolution.

Truth be told, Montreal is very fortunate to even be in this position, as the Impact have been genuinely terrible since exiting Canada on Sept. 20. To be fair, it’s got to be hard not having a true home-field, as the Impact have had to share Red Bull Arena with the Canadian government not allowing MLS matches to take place in the country. But the fact remains that since leaving Canada, Montreal is just 3-8-1 and snuck into the playoffs only because they managed to upset D.C. United on the final day. Prior to that, Impact had failed to score in either of its previous two matches. Can they use the lifeline they received to get into the main draw, or will this be another comfortable win for the Revolution?

The best thing Impact has going for it is that it is never truly out of a match. Montreal are the king of finding a late goal, as they’ve scored in the 80th minute or later in three of their past five matches. Even during a difficult season, Thierry Henry’s team has never stopped fighting, which should serve it well in a one-and-done playoff format. But Montreal is a ninth seed (who wouldn’t have qualified for the playoffs in a typical season) for a reason: the Impact have only two real scoring threats and a very leaky defense.

Of the Impact’s last 14 matches, 12 of them have seen at least three balls fly into the net. No other playoff team in the East gave up anything close to Montreal’s 43, a number boosted by the Impact giving up two or more goals in 12 of 23 games. The Impact ended up with a -10 goal differential, in part because the only real scoring threats they have are Romell Quioto and Max Urruti, who have 13 goals between them on the season. Quioto came up with the goal that put Montreal in the postseason, but with the defense basically a sieve, the Impact will have to find another scorer to help keep things from getting out of hand early.

Nobody in MLS has more playoff experience than Bruce Arena, and nobody needed the time away from the game more than the Revolution. New England was supposed to have one of the most feared attacks in the league this year with Gustavo Bou, Adam Buska, Teal Bunbury, and Carles Gil, but injuries have meant that the four have only appeared on the field at the same time in three games this season. Having nearly two weeks off should pay huge dividends for New England, as they’ve been able to get themselves on the same page and should have the attack looking strong again.

But if the passing isn’t better than it was against Philadelphia, it won’t mean enough to matter. The Revs had all of them on the pitch against the Union but ended up firing a blank for the 10th time this season because they could never penetrate the Union defense. Of the ten teams who made the playoffs in the East, only Nashville and Miami scored fewer than New England’s 26 goals in 23 matches, in large part because of injuries. However, Montreal has been the one team they’ve dominated — seven of those 23 goals came against Impact.

New England has the more talented roster and has been here before, which is why they’re favored by such a wide margin. As such, you won’t find much value in betting on the Revs to win, but you will find value in backing the Revs and the over at +115. Montreal has proven completely incapable of stopping the New England attack this season, and with this being a knockout match, it’s wise to expect goals. If Montreal falls behind early, it will have to take chances, and that could open up an already weak defense.

If you want to get a bit riskier, I’d back New England to win and both teams to score at +185. The Revs have won the last two matchups between the teams by 3-1 and 3-2, and both teams have scored in 12 of Montreal’s past 14 contests. There’s every reason to expect the Impact to find a goal, probably one that comes late. If you’re looking for a good prop bet, going over 0.5 goals in the final 15 minutes of the match for the Impact might be a sneaky play. You’ll get +290 if the Impact score in the last 15 minutes, and given their history, there’s a lot to like about that bet.

Correct scores are hard to hit in the regular season. They’re even harder to hit in the playoffs because teams are going to get desperate and open themselves up to the potential of giving up one more goal than they should. However, we’re going to give it a shot based on the history, and New England has hit three goals against Montreal in consecutive matchups.

Throw in a Montreal marker, and this reads to me like a 3-1 win for the Revolution, good for +1050. Did you know that you can bet on games live-in-progress after they’ve started? Quite a few sites now have in-game wagering, but lots of them have crappy platforms. There’s one HEAD AND SHOULDERS above the rest —> Bovada Sportsbook! They’ll give you a 50% real cash bonus up to $250 in free bets, rebates on all your bets whether they win or lose and when you go to request a payout, you get ZERO hassle and it happens FAST!