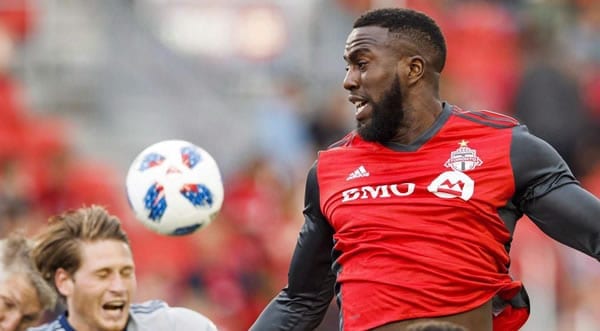 The Canadian Classique makes its way to Florida in the second match of the MLS tournament for both teams. Montreal got thrown a lifeline in its group when Toronto blew a two-goal lead to D.C. United and ended up with a 2-2 draw. Had the Reds held on, they’d be leading the group, and Montreal would be in a win-or-else situation against the most talented side in Group C. But with Toronto’s tie, Montreal is now just a point out of the automatic passage to the knockout stages, and a win would put the Impact in position to make it through with ease.

But now they face an opponent that should be very motivated to make up for the way it started this tournament, and it’s one who has dominated the Eastern Conference as of late. Toronto has claimed three of the last four Eastern Conference championships, and they’ve handled Montreal pretty well in that stretch, winning seven of the past 11 against the Impact.

One thing to keep in mind is that we’re pretty unlikely to see a draw in this matchup: 13 of the last 14 matchups in the Canadian Classique have ended with one side claiming a victory.

If rest plays a role, Impact should have a significant edge. Montreal hasn’t played in six days now, having played on the third day of the tournament. Toronto, on the other hand, was supposed to play the next morning, but the Reds had their match postponed a day to clear up a false positive COVID-19 test, which has given Montreal an extra two days to prepare for their biggest rival.

Of course, if Montreal’s performance against New England was any indication, coach Thierry Henry might have needed an extra two weeks to figure out how to get his side ready to perform in this one. Montreal looked completely disheveled and disorganized, and as far as the action went, there wasn’t anything memorable in the slightest for Impact to take out of this match. Montreal has to get something going rather quickly, and taking advantage of Max Urruti’s goal-scoring abilities would be a great start.

The Reds really should have been home free after scoring two goals and watching D.C. United take a red card, reducing their opposition to 10 men with Junior Moreno sent off. Instead, Toronto declared victory too soon and made the wrong substitutions, allowing D.C. to become the first MLS team in 13 years to get a tie after going down two goals and losing a player.

However, I’m not worried about the Reds for three reasons. First, Toronto was overwhelmingly the better team against D.C. Just because they had a bad 10 minutes is no reason to abandon them. Second, Greg Vanney and his team have been here before. Toronto is a proven winner and should have no problem bouncing back in their remaining matches. And third, TFC didn’t even use all of its top options in the draw with United. Michael Bradley was in his first match of 2020, and Jozy Altidore didn’t even see the pitch, and Toronto was still in control. The Reds have that extra gear most MLS sides cannot match, and if they trigger it, it’s all but over. If Toronto wants to make a run at the rest of this tournament, that’s precisely what they will do. That’s especially true now that Vanney has a draw to wake them up and focus them on their goal.

In this matchup, we’re looking for a winner, and we’re looking for a shutout. These teams rarely see both sides score, as six of the past eight meetings between the two have ended with one side winning to nil. That means I definitely want to take a “No” on both teams to score at +115, which should be solid value.

Given that I believe Toronto is the better side, you’d think this would be a spot where I’d recommend playing the Reds to win to nil at +275. You’d be right, if not for the fact that all six of those shutouts were won by either 1-0 or 2-0, which means we can get something better. If we’re in for a penny, we’re in for a pound here, and that means backing Toronto to win and under 2.5 goals, which would pay at +425.

If you’re looking for a prop to play, take a flier on Jozy Altidore to score at any point in the match. With 11 goals all-time against Montreal, Altidore is the all-time leading scorer in the Canadian Classique, and at +150, you’re getting solid odds for him to victimize the Impact yet again. If you want to get daring, take him to score the first or last goal at +400. There’s a good chance that it might be the only one, so you’d be good either way. Bet your soccer picks for FREE this week by taking advantage of a 100% REAL CASH bonus on your first deposit of $100 to $300 at MyBookie Sportsbook! This is a real cash matching bonus, not a flimsy match play/free play that you’ll find at other sportsbooks! You must use