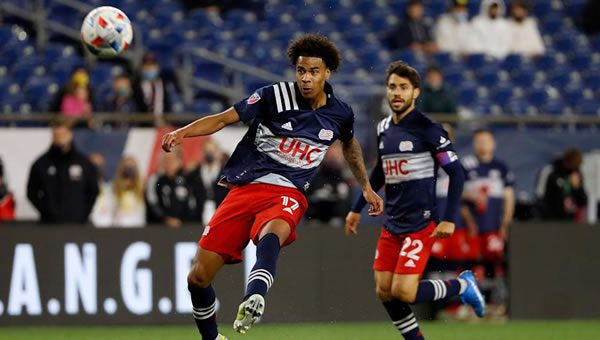 A year ago, New England ended Philadelphia’s run at its first MLS title with a surprise win over the Union in Pennsylvania, as the eighth-seeded Revolution blanked Philly 2-0 on their way to the Eastern Conference finals. But New England was an underseeded team that had been crippled by injuries and is now playing to its potential and sitting on top of the East.

However, the injury bug is back for the Revolution at an inconvenient time, as Carles Gil is now on the shelf with a groin issue and won’t return until at least halfway through the month. That could open the door for Philadelphia, which sits in third in the East but hasn’t looked great on the road as of late. The Union have failed to win in six straight trips from Chester, and while they haven’t been winning at all on the road, they’ve also been avoiding losses, as they’ve drawn four of those past six matches. With New England hampered, a draw here could be a big result for Philadelphia.

At this point, there’s one thing that’s become clear about Philadelphia: the Union knows how to rescue a match. Over the past six trips away from home, Philadelphia has given up the first goal every time, and on four occasions, the Union have gamely fought back with a late second-half goal to steal the draw. Even in one of the two losses, Philadelphia still showed plenty of fight, as it found a goal in the final half-hour to slash Orlando’s lead to 2-1 and at least gave itself a chance to steal the point.

The problem is that Philadelphia tends to wait until it gets hit in the mouth before it actually comes up with a solid attack. The Union did an excellent job of hitting first against Toronto in its most recent match, but that was a home match, where Philadelphia has shown great form for most of the campaign. On the road, Jim Curtin’s crew just haven’t shown the killer instinct needed to get off to a strong start and control the match from the beginning.

Ever since Bruce Arena took over in Massachusetts, the Revolution have been built around two men: Gustavo Bou and Carles Gil. When both are on the pitch, the Revs’ attack is one of the best in the game. When only one is healthy, the Revs seem to be stuck in neutral. New England didn’t really have any kind of risk of getting beat against NSC, but the Revs also didn’t really create anything of note in the contest. The closest New England came to scoring was a penalty initially awarded to Bou, but video review quickly took back the call, and the rest of the match was fairly uneventful.

The big question here is whether New England can get itself back on track as it plays its second match without Gil on the pitch. The Revs still have some talent beyond Gil and Bou, namely Tajon Buchanan, but New England without Gil has really been a ship without a direction. The Revs are still solid at the back, but they’re clearly missing a critical piece of the puzzle now.

The under holds a lot of value here. Both goalkeepers are back after Gold Cup duty, and Matt Turner (United States) and Andre Blake (Jamaica) showed North America just how good they are on the international stage. Both teams are solid at the back, and with New England missing its talisman, this is likely to be a lower-scoring match, and I’ll gladly take under 2.5 goals at +120.

But if you want to get aggressive, I think the draw offers even better value. If you’re going to get really aggressive, I think both teams find a goal, and the match ends level, which offers a +340 payout. Philadelphia has found a way to tie four of six on the road, and with New England coming off the draw, I think there’s a lot of value here. Finally, I’d take Philadelphia to find a goal in the final 15 minutes at +260. With the Union’s tendency to rescue games late, I think there’s a good chance Philly comes out with something at the end.

New England is the most talented team in MLS when it’s healthy, but without Gil, this is a crippled side that’s going to have a tough time generating chances against a Philadelphia side that’s fairly strong at the back. These sides drew 1-1 in their most recent meeting, and I think there’s a good chance it happens again.

I’ll play a 1-1 tie at +675. Hey! If you’ve enjoyed my soccer writeups, you’ll LOVE my college football picks! Please visit and bookmark that page as I’ll be producing at least 8 game previews per week! Always FREE to you!