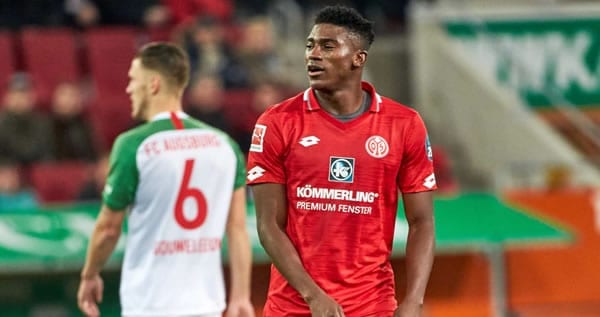 Two teams who need a result tangle at the Opel Arena, as Leipzig took one draw too many and finds itself hanging on for dear life to its Champions League place. For Mainz, there isn’t as much urgency as there was in its most recent game, as it’s put itself four points above the relegation playoff and isn’t expected to get anything out of this game. Any point is a good one at this point in the season for Mainz, which is likely very close to saving itself.

The Red Bulls have been the king of the draw, and while that’s kept them picking up points as of late, it’s also meant that they’re watching their Bundesliga title hopes slip away. There’s no shame in drawing with most of the teams that they’ve shared the points with, but they picked up where they left off and split the points with eighth-place Freiburg at home, which was far from the resumption they wanted.

The good news is that when RB Leipzig have come up against a lower-level side, such as Mainz, they’ve tended to do their job well. In six matches against the five worst teams in the Bundesliga, the Red Bulls have won them all and scored 23 goals while allowing just three. They’ve also been rather consistent in their matchups with the lesser sides, scoring three goals in all but one of those six matches, the 8-0 rout of Mainz. With 63 goals to its name, RB Leipzig has proven capable of putting up a lot of goals against anyone, and nobody does it better than Timo Werner, who has found the net on 21 occasions this year.

Mainz appeared to be dead in the water after going down 2-0 in the second half of its match at Cologne, but as soon as Taiwo Awoniyi came on the pitch, Mainz resurrected itself. Awoniyi scored five minutes after coming on, and the 05ers earned a precious draw on the road, which shows that they’re not going to fold down the stretch. Mainz has practically no hope of earning anything better than a mid-table finish, but that would be just fine with them. They’ve now put four points in between themselves and Fortuna Dusseldorf, and any kind of result here would put them in fantastic shape moving forward.

But there’s a large difference between Mainz and the top teams of the table, and it’s shown up time and time again this season. In 11 matches against the current top seven of the Bundesliga, Mainz is 0-11-0, having been outscored 36-4 in those contests. The numbers are a tad skewed because Mainz has tended to get blown out when things start to go sideways, but the reality is that Mainz hasn’t been competitive with anyone in the top half of the table except Schalke, and these days, that’s not much of an accomplishment.

Don’t get sucked into the draw here. Yes, RB Leipzig has shared the points in five of its past seven matches, but every single one of those matches came against a side that’s in the top seven in the league and is playing like a top-seven side. The Red Bulls had no trouble with relegation candidate Werder Bremen and even less trouble with Schalke 04, which seems to be in total free fall. Plus, Mainz has shared the points just three times all season and is highly unlikely to reverse an 8-0 scoreline. Even though Mainz drew with Cologne on Sunday, I wouldn’t say I like their chances for a repeat.

Instead, I’d back RB Leipzig on the spread at +125 for the match result. The Red Bulls have to have this game after Borussia Monchengladbach buried Eintracht Frankfurt on the road, which allowed them to leapfrog the Red Bulls for third place. Another slip-up could see RB Leipzig fall out of fourth place and out of the Champions League entirely, so the Red Bulls are going to be very motivated.

You might want to bet Leipzig to win to nil at +200, but I don’t see it. Mainz has been rather efficient at home, scoring in four of its past five matches at the Opel. Instead, I might throw a gamble on the over, as the previous two top teams to visit Mainz, Bayern Munich, and Monchengladbach, and both left with a 3-1 victory. Bet your RB Leipzig vs. FSV Mainz prediction for FREE by taking advantage of a GIANT 100% REAL CASH bonus from one of the web’s best soccer/futbol betting sites! You must use this special link to activate the bonus offer and make sure PREDICT100 is in the promo/bonus code box!

Mainz would love to be able to park the bus and take a point off RB Leipzig, as a draw would be a fantastic result for the 05ers. But I don’t think it’s going to happen in this matchup. In its wins over Werder Bremen and Schalke, the Red Bulls put home a goal within the first 15 minutes and forced their opposition to chase the rest of the match. That happened within four minutes during the teams’ first meeting, and RB Leipzig is very capable of doing it again.

If Mainz can weather the storm, a draw is very possible. But I can’t see them doing that against a side that should be very motivated after what happened last week. Given what Bayern and Monchengladbach did at the Opel, I think a 3-1 win for RB Leipzig at +1000 feels about right for a correct score.