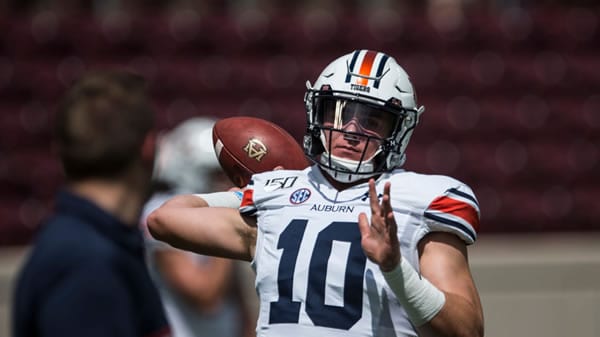 The first game in the post-Gus Malzahn era will take place in the VRBO Citrus Bowl on New Year’s Day when the Auburn Tigers meet the no. 14 Northwestern Wildcats. The Tigers cut ties with their tenured coach following the regular season on the heels of another disappointing campaign. Auburn made a National Championship appearance in Malzahn’s debut season on the plains in 2013 but was held to 9 wins or less in every season since with the exception of 2017. In Malzahn’s absence, the Tigers will be under the direction of interim head coach Kevin Steele in what promises to be a challenging match-up against the no. 14 Northwestern Wildcats.

The Wildcats finished at 6-2 SU on the season thanks to their shortened conference only schedule. Northwestern started the season 5-0, which included a big win over no. 10 Wisconsin and made an appearance in the Big Ten Championship Game. While a lot of people’s focus in that game revolved around condemning Ohio State’s playoff chances, people failed to realize that the Wildcats were completely “game” for that match-up and remained in striking distance with the 4th ranked Buckeyes for a full 60 minutes of play. Ultimately, Northwestern fell short in the Big Ten title game, but it has been a great year for Pat Fitzgerald’s team following a three-win season in 2019. Now the Wildcats will get the chance to cap off their 2020 campaign with a name-brand match-up against Auburn.

While Northwestern may have experienced the mo
re polarizing season, I’m not convinced the Wildcats should be favored in this Citrus Bowl pairing. Offensively, there is nothing overly daunting about the Wildcats attack. Senior QB Peyton Ramsey has a bipolar skill set that rarely shows consistency. For every great play Ramsey has made, there has been an equally disturbing turnover or questionable decision behind center. Offensively, Fitzgerald has turned to a run-heavy approach with the limitations in the passing game, but the rushing attack has been mundane as well. Collectively, Northwestern’s offense has averaged just 23.4 points per game this season, which ranks 98th in this COVID-19 shortened football landscape.

The Wildcats saving grace has been the play of their defense, which ranks 5th in scoring, allowing just 15.5 points per game. Northwestern’s defense will be a difficult match-up for Auburn but not necessarily an impossible task either. I know Malzahn is out of the picture, but Auburn’s offense is still designed to create space and misdirection opportunities. QB Bo Nix has shown flashes of greatness surrounded by longer periods of mediocrity. Still, receivers Seth Williams and Anthony Schwartz provide advantageous match-up opportunities on the outside. There is likely not going to be much scoring in this game, so we have to weigh our options with the offense that should produce the most scoring opportunities. Personally, I believe Auburn wins that battle.

When bettors see a total posted
at a mere 43.5 points in a college football game, the last place you expect to see value is towards the underside of that mark. However, I strongly believe the best betting value in this game surrounds the “under.” I mentioned above that both offenses have been downright “bad” this season. Northwestern’s prominent defense will get the opportunity to shut down Auburn’s offense. The Tigers have been completely shut down in their biggest test this season, scoring point totals of 7 against Georgia, 13 against Alabama, and 20 against Texas A&M. It can be argued that Northwestern’s defense is as good as any of those groups.

Meanwhile, the Wildcats are averaging just 23 points per game this season, and there is a strong likelihood that total is closer to the ceiling this week. Auburn’s defensive front is underrated, and they have the size/speed to play well against Northwestern’s rushing attack. I just don’t see many opportunities that lead to a lot of offensive success in this game. I have this total capped at a ridiculously low 34 point range. So I am going to take the under with confidence and never look back!

Jay’s Pick to Cover the Point Spread: Under 43.5. Bet all your sides and totals at -105 odds instead of the more expensive -110 option that your bookie is socking you! Find this killer offer at one of the web’s best sportsbooks: BAS.