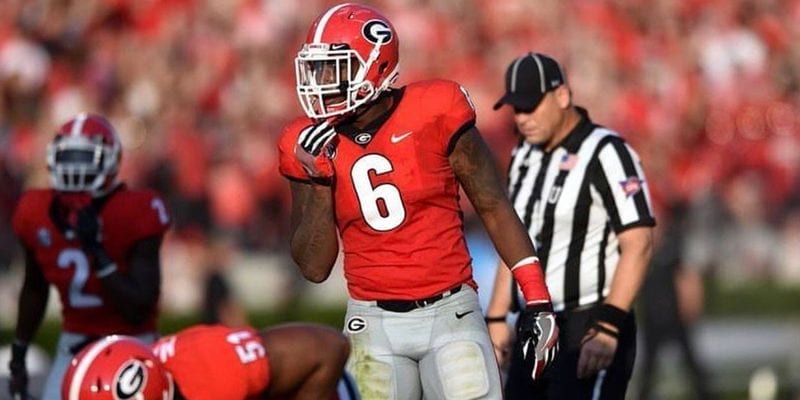 The Georgia Bulldogs survived their 2nd road test in the SEC last week with a 43-29 victory over Mizzu and look to keep the momentum going this weekend when they host the Tennessee Volunteers between the hedges in Athens. I took the Bulldogs laying the 14 points last week against Missouri and was aggravated with the close loss. However, my record in the SEC has been very strong this year and it is time to bounce back with another gem. This week, the Bulldogs are poised for a bounce back performance as a strong home favorite against a Tennessee team with all types of concerns.

The Volunteers entered last week’s homestand at Neyland Stadium as mere 4 point underdogs against the Florida Gators. The Vols walked away from that game with their heads hanging after a 47-21 thumping in front of the home crowd. Going back to 2017, this was the 4th straight game where the Volunteers failed to cover as an underdog and it is a trend that will likely continue because of the struggles on offense. The Volunteers have struggled offensively in both of their matchups against quality opponents this year. The quarterback play has been downright poor. The running game has been average and to top everything off; the offense continues to cough up the football including 6 turnovers alone in last week’s loss to Florida.

Currently, Tennessee quarterback Jarrett Guarantano is listed as questionable against the Bulldogs. The sophomore quarterback injured his knee in the loss to Florida last week and there has been some concerns about his status. However, most believe the knee injury to be minor meaning Guarantano is expected to be under center when the first snap is made this Saturday. Still, I am not convinced in Tennessee’s offense with Guarantano or former Notre Dame quarterback Keller Chryst under center. Before last week’s early exit, Guarantano hit just 7 of his 18 passes for 164 yards with 2 picks. Chryst come into the game and hit just 3 of 7 passes and looked every worse than his predecessor.

When you have an offense that struggles, it is hard to overcome. When you have an offense that struggles against an elite SEC defense, it takes things to an entirely different level. Not only has Tennessee’s quarterback play been poor but the offensive line is the biggest reason I think this game could turn ugly. The Vols offensive line has continued to have protection problems and it was painfully obvious last week against a solid Florida defense. However, this Georgia defense is even better with great speed off the edges. The Bulldogs defense has the speed to keep pressure on the Vols quarterbacks and I would bet my paycheck they come up with multiple turnovers.

When you have a struggling offense, it is hard to cover as an underdog when you are facing an explosive offense. We saw this exactly storyline in Tennessee’s opener when they were blown out by West Virginia. The Bulldogs offense is clicking. Quarterback Jake Fromm tossed 3 touchdowns in last week’s victory. Fromm has tossed 9 touchdowns with 2 intercepts despite just 69 passing attempts this year. Georgia’s offense is stacked with a load of running backs highlighted by talents Elijah Holyfield and D’Andre Swift. The running game is very potent and that opens up the passing game for From. Collectively, this is a very balanced and efficient offense. I just don’t think Tennessee can keep pace based on their struggles to score points and hold onto the football.

Additionally, most of the indicators I use for handicapping all point to the Bulldogs. The matchup advantage is a big plus for Georgia on both sides of the ball. As stated before, the Volunteers have failed to cover their last 4 games as underdogs and the majority of those outcomes have been blowout losses due to the offense’s struggles the last two years. Add in the fact that Tennessee is just 1-6 ATS in their last 7 games overall and 2-5 ATS in their last 7 games on the road. Compare those stats to the Bulldogs who is 6-2-1 ATS in their last 9 games and are starting to click on both sides of the ball. There is absolutely nothing from a matchup standpoint, circumstantial standpoint, or handicapping standpoint to suggest those trends will change this week.

Jay’s Pick to Cover the Point Spread: Take Georgia -31 and also consider a strong pick on the over 54.5!