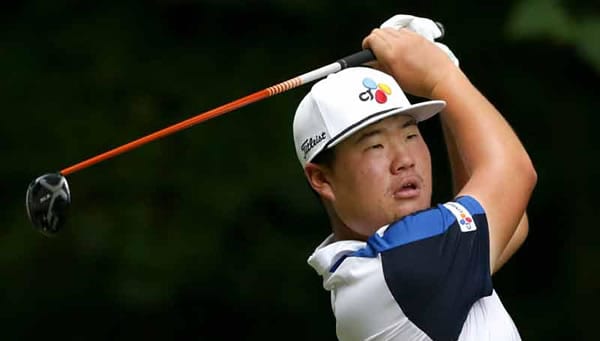 After a week in the Dominican, the PGA Tour heads back stateside for the Sanderson Farms Championship. This event has roots dating back to the late 1960s but has often served as an “opposite” stop for those not in WGC or Major fields. That changed in 2019, and the Sanderson is now a full FedEx points event, providing TOC and Major exemptions for the winner as well. Sebastian Munoz won here in 2019, continuing a long tradition of this event crowing first-time winners. This is a veteran-field with guys like Zach Johnson, Brian Harman, and Henrik Stenson looking for that first-time-in-a-long-time win, but the youngsters look to be the betting favorites with Scottie Scheffler, Sam Burns, and Will Zalatoris among those favored to contend.

The Country Club of Jackson has hosted the Sanderson Farms Championship since 2014 and has gained the reputation of being a fast-scoring course with each event here requiring at least 16-under par to win. Cameron Champ hit 21-under in 2018 to win by four strokes, and big margins are also common with three of the last four editions being decided by at least four shots. The 7,400-yard parkland course will play at par-72 and will challenge the players to hit precise approach shots to greens that are a bit smaller than the Tour average. This Deep South gem has some of the best rolling greens on Tour, especially as the grain tends to subside as temps cool in the fall. Successful players here routinely have fantastic putting stats in that 5-10 foot range over the week. That really can be the deciding factor as the overall tee-to-green challenge isn’t overly difficult. The fairways can pinch in at specific points to require accurate drives, but the bombers can attack most holes without too much worry.

Each week, we take a look at the online betting sites and highlight the best values on the board. We make a short, middle, and long odds pick to win and breakdown a couple of popular head-to-head matches that you can find at just about any golf betting outlet. Odds and pairings for this week can be found at Bovada. Here are our picks to win the 2020 Sanderson Farms Championship.

Im moved inside the top-25 on the OWGR list after a 22nd place finish at the US Open, and he is looking for just a bit more here than last season after losing in a playoff to Sebastian Munoz. He never carded a round worse than 69 last year after missing the cut at CC Jackson in 2018. Im won the Honda this season right before play was halted and was a bit uneven after the break but did post a T9 at the Wyndham and finished 11th at the Tour Championship, which included a Friday 64. He was the 20th best player off-the-tee last season, also ranking 20th in birdies and 19th in scoring average. His overall putting average and GIR putting average both rank inside the top-30, so he has that ability to finish, which is a nice bookend stat to a driving average that is north of 300 yards. At just 22 years old, Im already has a veteran presence around the greens, ranking 35th in scrambling to complete a stat sheet that is distinctly void of a true weakness.

BET YOUR GOLF PICKS FOR FREE THIS WEEK BY GRABBING A 100% REAL CASH BONUS AT ONE OF THE WEB’S BEST GOLF BETTING SITES: MYBOOKIE SPORTSBOOK!

Long played well down the stretch, finishing 2nd at the 3M open, and that recent trend has continued with a T13 at the US Open and a T5 at Corales last week that could have been much better with a Sunday 75. He made it to 10-under at CC Jackson previous season to notch a top-25, and I think he can improve on that now that he is playing some of the best golf of his career. There isn’t a standout category on his stat sheet, but he can get it done across the board with top-50 marks in most of the strokes-gained categories. He isn’t a power player but does get just about everything out of each round as his 95th ranked birdie average turns into the 42nd best scoring mark. He won’t likely give many strokes away during the week, which will help him keep pace when the scores start pushing toward 20-under. He already showed that he could outrace the field when he hit 26-under to win the Desert Classic in 2019.

Rodgers is off to a quick start in the new season with two made cuts and a T11 last week. That is good news after he struggled to put four rounds together for much of 2020, finishing with just one top-ten previous season. He has not missed a cut in any of his three Sanderson appearances with two top-20 finishes, including one in 2016 when he posted a second-round 64. Rodgers is long off the tee, ranking 18th in driving distance while finishing things off with the 11th best mark in strokes-gained putting and the 10th best total putting stat. He is also one of the best lag putters on Tour, so even if he isn’t making the birdies, he is keeping things very low stress and limiting the chances for those three-wiggle mistakes. Rodgers has five career top-3 finishes but is still looking for that first PGA win, so he certainly qualifies if CC Jackson is getting ready to hand out another W to a first-timer.

Picks to win based on predicted scores after all four rounds. Check with your favorite online betting site for single round matches and a variety of prop bets.

Snedeker is the more well-known name in this match, but name alone isn’t getting it done considering Brandt is coming off one of his weakest seasons on Tour. Snedeker missed six cuts in sixteen starts with just one top-10 finish while Hubbard missed only five cuts in eight more starts and did not miss a weekend after play resumed. Hubbard was T2 in Houston and got the best of this matchup the last time the two shared a field at the Northern Trust. Neither player has a commanding record in Jackson, but Hubbard has three starts at the course to Snedeker’s one, so the general experience edge is with Mark. Both players play similar styles and lean heavily on their putting to get them by. I think that is a good sign that both may have solid weeks, but I give the edge to Hubbard as his scoring mark was better last season, as was his overall tee-to-green game.

Munoz is a very trendy pick this week in both fantasy and betting circles after he finished T8 at both the BMW and Tour Championship to end last season. He should also have some good mojo working as the defending champion, but I was very impressed with Johnson and his T8 at Winged Foot, enough so to think he can get the better of the streaking Munoz this week. Johnson wasn’t too far back in Jackson last season, finishing at 13-under, and his wedge game is perfect for the small greens. He leads Munoz in greens hit and owns an edge on the greens as well. Munoz is the better player in terms of birdies per round, but Zach has a slight edge in scoring average based on that elite level putting. Johnson is giving up some series length off the tee, but CC Jackson isn’t a monster course, and several shorter hitters have fared well here. Munoz won primarily on the strength of the 63 he carded on Saturday last season. He was 35th and 50th in two previous Sanderson starts, so I think he is a good candidate to regress back to the middle of the pack this time around.