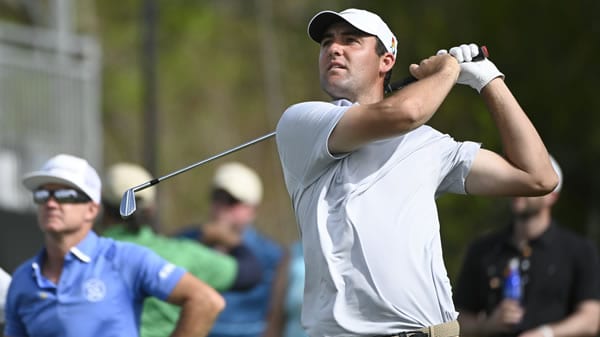 The first leg of the PGA’s California Swing is ready to kick off with The American Express. This has traditionally been a Pro-Am event but it will be just the pros this time around with COVID-19 precautions cancelling the amateur portion. There will be a cut after day two instead of day three as was common for the AMEX and just two layouts will be used with players logging one round each at PGA West’s Stadium Course and the Nicklaus Tournament Course before play finishes at The Stadium. Phil Mickelson is the player-host and welcomes a strong field that is highlighted by Brooks Koepka, Patrick Reed and Patrick Cantlay. Youth is well served with Scottie Scheffler and Matt Wolff among those expected to contend but don’t forget vets like Paul Casey and last week’s winner Kevin Na. This event has routinely been kind to the journeymen on Tour with Andrew Landry winning in 2020, joining guys like Adam Long and Hudson Swafford as not-so-likely winners but big names like Jon Rahm and Jason Dufner have won here as well.

Scores have historically been low at this event but things could change a bit without the courses being set up with amateurs in mind. Both courses will play just over 7,100 yards at par-72 so length isn’t a challenge but expect some harder and faster greens along with tougher rough. It has taken at least 20-under par to win here since 2007 and finishes have been tight with seven of the last ten decided by one stroke or in a playoff. Watch for previous success as an indicator with Andrew Landry finishing 2nd in 2018 before his win last season. Adam Hadwin and David Lingmerth have multiple runner-up finishes since 2013 and Bill Haas had two wins and another 2nd over a five year stretch.

Each week, we take a look at the online betting sites and highlight the best values on the board. We make a short, middle and long odds pick to win and breakdown a couple of popular head-to-head matches that you can find at just about every golf betting outlet. Odds and pairings for this week can be found at Bovada. Here are our picks to win the 2021 American Express.

A steady climb of T32 to T19 to T13 over the last three starts has Scottie trending in the right direction and he returns to PGA West where he finished solo third last year. Scheffler is a special player off-the-tee with a 300+ yard distance average but also a top-15 mark in fairways hit. He sits just above 70% in greens in regulation and finished last season as the 10th best player in overall tee-to-green performance. He runs about Tour average in many putting categories but ranks 17th in birdies per round and has shown an ability to go very low when he gets hot on the greens.

Ancer suffered his first missed cut last week but is still riding a good trend with four straight top-17 finishes ahead of that hiccup at The Sony. He has improved his finish at The AMEX in each of his four career starts and was solo-2nd last year on the strength of a Sunday 63. Ancer isn’t long by Tour standards but makes up for it with a top-10 ranking in fairways hit and sits 28th in greens hit to enter the week. He isn’t spectacular on the greens but solid enough to average 4.5 birdies per round and his overall stat sheet produced a top-20 mark in total strokes gained. His well-rounded game will play nicely at both courses and Abraham has been a hot commodity in fantasy and DFS circles heading into this week.

Griffin broke through last season for his first career win at The Houston Open and continued his hot play through the Tour Championship. He comes to PGA West ranked 56th in the OWGR, his best mark in his four year career. Lanto isn’t going to wow you in any one area but does average more than 300 off the tee and finished last season as the 39th best putter in terms of strokes gained. That’s a nice bookend combo on the stat sheet and Griffin is solid around the greens as well, ranking 23rd in scrambling. He’s a solid sand player and that recovery ability helps generate a better scoring average than his raw birdie average would suggest. He doesn’t have an extensive record at these courses but he had no problem facing down the big boys at the CJ Cup and ZoZo events where he was T7 and T11 in unfamiliar territory so look for him to be a factor this week.

Steele is coming off one his best results in the new season after a T4 at The Sony that featured a Saturday 61 while Bradley missed the cut at the same event. That was the fifth missed cut in nine starts for Keegan on the new season so Steele has been a bit more consistent in the fall and winter. Bradley is near the bottom of the putting stats on Tour and while Steele isn’t specifically putting well, he does own an advantage on the greens and that translates to more birdies per round at the moment. Bradley is the better overall ball striker and has turned in a solid scoring average this season but the results haven’t been there and it’s hard to rely on a player that is prone to long birdie droughts in what is supposed to be a fast scoring environment.

Na is fresh off his Sony win and that made it four straight seasons with at least one victory. Na is no match for Finau’s power game but Kevin is top-30 in fairways while Tony is outside the top-150 in that category. That has led to Na being slightly better in greens hit as well and he has turned that edge into more birdies per round. Finau has the higher ceiling of the two but Na’s ceiling is clearly still a winning one so you get the hot hand with him and the consistency that is so important in winning head-to-heads. Neither player has been very good around the greens this season but Na is slightly better than Finau in scrambling so look for that group of small advantages to add up to a Na win by the end of things.