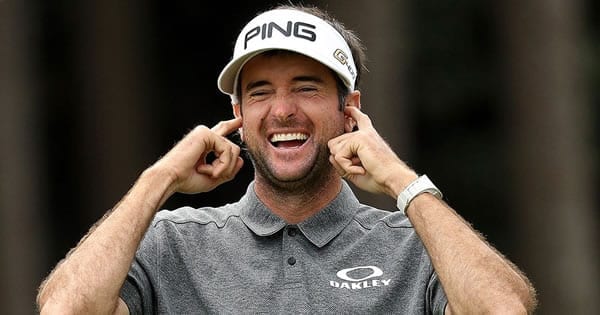 In a CoVid-less world, we would be busy breaking down the just-completed U.S. Open, but while we will have to wait until fall for some Major storylines, just h`aving live golf is a great compromise. With the Tour Championship just a bit more than two months away, it will be a furious race to East Lake, and there will be plenty on the line at each event, including this week at The Travelers Championship.

The fields promise to be very strong through the remainder of the regular season, and that is the case at TPC River Highlands with Rory McIlroy, Justin Thomas, and Bryson DeChambeau leading the shortlist of betting favorites. Brooks Koepka, Jon Rahm, and last week’s winner Webb Simpson are scheduled to contend as well with former champs Bubba Watson and Jordan Spieth also in attendance. Chez Reavie will defend his 2019 title against one of the best top-to-bottom fields this event has ever seen, and the sportsbooks don’t exactly like his chances to go back-to-back considering he is listed at 100 to 1 to win at Bovada. We are still waiting for Tiger to make his first start since play was suspended, but Phil Mickelson, Zach Johnson, and Sergio Garcia will do their best to represent the veterans this week.

The lack of fans at Tour events hasn’t automatically been noticeable through two weeks, but that may change this week as The Travelers is routinely one of the highest attended events, and TPC River Highlands is a player favorite as a result. The 6,840 yard, par-70 layout, is one of the shortest courses on Tour. With that the scoring pace has traditionally been fast with Jim Furyk’s record-setting round of 58 in 2016 standing as Exhibit A. The course has a reputation for being kind to the long hitters with Mickelson and Bubba Watson each winning here on multiple occasions, but shorter players have gotten it done as well. Chez Reavie is not a power player but cruised to 17-under last year, and Corey Pavin lost in a playoff in 2010, and he is undoubtedly one of the lightest hitting players in recent history. With birdie a real possibility on nearly every hole, the putting should settle things as there is just no way to get close to 20-under without a good week on the greens.

Each week, we take a look at the online betting sites and highlight the best values on the board. We make a short, middle and long odds pick to win and break down a couple of head-to-head matches that can be found at any golf betting outlet. Odds to win and pairings come courtesy of the board at Bovada. Here are our picks to win the 2020 Travelers Championship.

Rahm enters the week 2nd in OWGR with four top-10s in 2020 in just seven starts, including a runner-up at the Farmers and a T3 in Mexico. He missed the weekend at the Schwab and started off 1-over at The Heritage but got rolling on Friday and shot 12-under over the final three days to have the right look ahead of The Travelers. He has only seen TPC River Highlands twice, but he proved he could go low here, after carding a 65 on Thursday in 2016. He is the 5th best player in strokes gained off the tee with a 308-yard driving average, but I’m impressed by his work on the greens where he ranks 14th in strokes gained putting and 15th in GIR putting. Rahm is 11th in tee-to-green performance and 9th in scoring, so he checks all the boxes for a potential run to the top this week. Bet your Travelers Championship picks for FREE by taking advantage of a 50% REAL CASH bonus where you can deposit anywhere from $100 to $2000 and have an extra 50% added to your account! Find this great offer at Betnow!

TPC River Highlands has been Bubba’s personal ATM machine as he is nearing the five million dollar mark at this event alone. In thirteen career appearances at The Travelers, Watson has three wins and a second among his six top-10s with fifteen rounds at 66 or better, including two rounds of 63 during his 2018 victory. You need a horse-for-the-course every week, and Bubba clearly fits that description. Aside from the career course record, Bubba comes in as the 6th best player in off-the-tee performance and ranks 7th in driving distance. He has moved his scoring average to 21st from 59th in 2019 and turned in a remarkable T7 two weeks ago on a course that did not fit his game as well as this one does. He has improved his scrambling in this season as well and is currently 8th in total putting. He has a real chance to make it four wins at The Travelers.

I will stick with the big hitters in all three spots this week as Tony’s 305-yard average drive definitely qualifies him as a bomber. Like most power players, he is also awfully close to the green for the approaches, and he has turned that into a 70% GIR rate. Tony is 36th in GIR putting so he is putting those chances to good use and enters the week 25th in birdies per round. That makes him a candidate to keep pace in a shootout scoring environment, and he is an underrated player around the greens that can save par when he does miss the green. He has played both events since play resumed and while there has been a little rust on his game, he has still managed to break par in seven of eight rounds, and I think he is due for a significant uptick in the result department on a course that is more tailored to his strengths.

Picks to win based on predicted scores after all four rounds. Check with your favorite online betting site for single round pairings and a variety of prop bets.

You have a couple of big-time players who are both really looking to get back to the top of their respective games. Koepka has gotten the better of DJ at the Schwab and RBC, but I still think it is curious that DJ is an even-money underdog, and that value alone is a good reason to take him here. On the stat side of things, DJ has small advantages in fairways and greens hit and even owns a slight scoring edge in 2020 play despite being a bit off his key metrics. Johnson is also the better scrambler in both the short and long term trends areas and really only trails Koepka in birdies per round. DJ has been making way too many pars to contend, but he isn’t making big mistakes, and I think a quick turnaround is possible, even at River Highlands, where he hasn’t teed it up since 2014. Brooks’ record at The Travelers doesn’t scare me, he was 9th in 2016 but had only one other top-20 in four starts with two finishes north of 50th. Give me DJ and the even money.

Another even-money play like above, but this pick is centered firmly around Casey’s dominance at TPC River Highlands. In five career starts here, Casey has four top-5 finishes, including two seconds and was 17th in his worst career Travelers outing. All of that has been since 2015, with Cantlay missing two cuts in five appearances here with two T15s as his best finishes. Cantlay did hold the course record of 60 before Furyk bested that, and I like Cantlay to put in another quality start, but I like Casey to continue his tremendous run here. Both players are elite with the irons, and while the putting advantage goes to Cantlay in general, Casey’s record here shows his putting on this particular course cannot be ignored. These two are close enough in my mind to ride Casey on a favored track, especially given he has yet to miss a cut in 2020. Both are making their first starts since the PLAYERS, so there is a potential unknown amount of rust, but I think that only strengthens the case for the underdog Casey and his value. Speaking of value, one of the biggest mistakes sports bettors make is not shopping for the best odds. Save yourself a bunch of time and money by signing up at 5Dimes Sportsbook, where you’re always betting at a discount every time you bet! (-105 basketball/football betting too!)