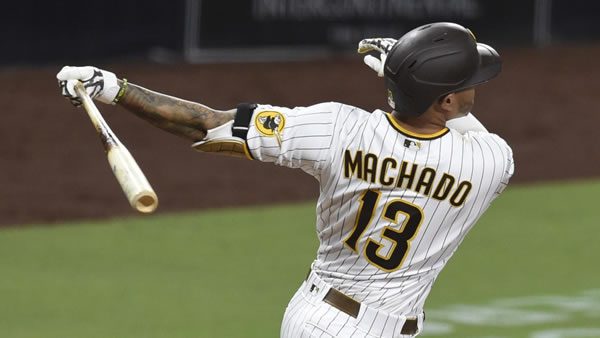 The Washington Nationals host the San Diego Padres on Sunday, August 14th at Nationals Park. The first pitch in this matchup is scheduled for 12:05 ET. The MLB Odds Board places San Diego as the favorite (-250), with an OU line set at 9.0.

After suffering a 1 run loss to the Nationals (4-3), the Padres will look to get back in the win column. San Diego’s pitching staff finished the game by allowing 10 hits, leading to 4 runs. On offense, the Padres finished with 3 runs on 8 hits. This defeat came despite being favored at -345.0. So far, the team has been the favorite in 83 of their games, winning at a rate of 56.9%. Combined, the Padres and Nationals fell short of the over-under betting line of 9.0 runs. So far, San Diego has been a good candidate to fall below the betting line, as their over-under record sits at just 54-58-4.

In the Padres’ last 5 games, they are above .500, going 3-2. During this time, they have an average scoring differential of +12. A key to their recent success has been an offense averaging 6.6 runs per game, compared to their season average of 4.47. So far, San Diego has won over half of their 36 series played, going 18-12-6.

The Nationals are coming off a tight 4-3 win over the Padres. In the win, the pitching staff allowed just 3 runs on 8 hits. With their 10 hits, the Nationals could only muster 4 runs. Despite being the underdogs, getting 270.0 on the moneyline, the Nationals still picked up the win. In their 97 games as the underdog, their straight-up win percentage sits at 32.0%. Combined, the Nationals and Padres’ run total fell below the over-under line of 9.0 runs. Washington still has an above .500 over-under record at (56-52-7).

In their last 5 contests, the Nationals have just 2 wins, going 2-3. During this time, the team has a run differential of -8. In their 5 most recent contests, the team is scoring at a rate of 4.0, similar to their season-long average of 3.81. Washington has a below .500 series record of just 8-25-3.

Blake Snell gets the start for the Padres, with an overall record of 4-6. So far, Snell has put together an ERA of 3.96. In his appearances leading up to today, he has lasted an average of 5.16 innings. Across his previous outings, opponents are batting 0.226 against Snell. Home runs have not been an issue for Snell, as he is giving up just 0.75 HR/9. In terms of strikeouts, Blake Snell has a strong strikeout percentage of 30.0%, including a per game average of 6.79. Command has been a problem for Snell, as he is giving up 4.46 walks per outing.

Paolo Espino gets the start for the Nationals, with an overall record of 0-4. So far, Espino has put together an ERA of 4.04. In his appearances leading up to today, he has lasted an average of 2.43 innings. Compared to other starters, the right-hander has a high BA allowed of 0.276. Opposing hitters are hitting home runs at an above average rate against Espino. This year, he is allowing 1.91 HR’s per 9 innings pitched. Overall, Paolo Espino has struck out 18.0% of the batters he has faced. On average, he averages 1.87 K’s per game. Leading into the game, he has shown a strong command of his pitches, averaging just 1.55 walks per contest.

Today’s matchup between the San Diego Padres and Washington Nationals will be their 3rd meeting of the season. Today’s game will be a rubber match for the two teams, as San Diego and Washington each have 1 win. Through 2 games, the series’ over-under record is 1-1, with the average run total sitting at 17.29 runs per game. In these matchups, the average scoring differential sits at 3.0 runs. Last season, San Diego picked up the series win, 4 games to 3. In these 7 meetings, the two teams combined for an over-under record of 7-0. Last year, the Padres and Nationals averaged 17.29 runs per game. On average, the winning team won by a margin of 5.57 runs per contest.

Heading into Sunday’s matchup between San Diego and Washington, the Padres will look to bounce back from last night’s loss. San Diego once again comes into the game as the heavy favorite, as they have a significant advantage at starting pitching in Blake Snell. Look for the Padres to return to their winning ways, led by strong performances from their bats as well as Snell.