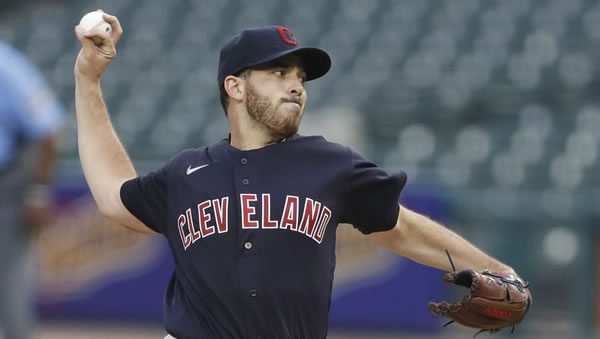 The Cleveland Guardians host the Chicago White Sox on Sunday August 21st at Progressive Field. The first pitch in this matchup is scheduled for 12:05 ET. The MLB Odds Board places Chicago as the favorite (-125), with an OU line set at 7.5.

Chicago looks to keep things rolling after taking down Cleveland by the score of 2-0. Overall, the team’s pitching staff limited Cleveland to 0 runs on 5 hits. The team was able to pick up the win despite scoring just 2 runs on their 5 hits. Chicago picked up the win, despite getting 155.0 on the moneyline. This matchup remained below the over-under line set at 7.5 runs. This outcome pushed Chicago’s over-under record further below .500 at 53-59-9.

The White Sox will be hoping to pick up a win in today’s matchup, as they have gone just 2-3 over their last 5 games. In this rough stretch of games, the team’s run differential comes in at -17. Chicago’s offense is in the middle of a cold streak, as their offensive production has dipped to just 3.0 runs per game over their last 5 contests. So far, Chicago has won over half of their 38 series played, going 15-13-10.

In Cleveland’s last outing, they fell by a score of 2-0 to the White Sox. Despite the losing effort, the team’s pitchers held the White Sox to 2 runs and 5 hits. With their 5 hits, the Guardians did not plate a runner. Cleveland came away with a loss, despite being favored on the moneyline (-170.0). For the season, the team has been favored in 62 games, winning at a rate of 61.0%. With this result, the Guardians and White Sox combined to fall below the over-under line of 7.5 runs. Now, Cleveland had an over-under record of 56-57-7.

The Guardians come into today’s game looking to turn things around, as they are just 2-3 over their last 5 games. Despite this record, the team still has a positive run differential of +2 (last 5). In their 5 most recent contests, the team is scoring at a rate (4.2) similar to their season long average of 4.34. On the season, Cleveland has won more than half of their series, going 17-11-10.

The Chicago White Sox will send Dylan Cease to the mound with an overall record of 12-5. Through 24 appearances, Cease has an ERA of just 2.09 while averaging 5.55 innings per appearance. Hits have been hard to come by against the right-hander, as his batting average allowed is just 0.200. Not only does Cease have a strong batting average allowed, but he has also avoided giving up home runs. In his previous outings, opponents are averaging just 0.74 HR/9. On the season, Dylan Cease has had no problem racking up strikeouts, posting a strikeout percentage of 32.0%. This includes a per game average of 7.42 K’s per game. For the season, he has struggled with command averaging 3.91 walks per outing.

In today’s game, Cleveland turns to starter Aaron Civale. For the year, he has a record of 2-5. So far, Civale has put together an ERA of 5.62. In his appearances leading up to today, he has lasted an average of 4.57 innings. Teams have been able to rack up runs against him, as he has a batting average allowed of 0.277. Opposing batters are hitting for power at a below-average rate against Civale, as he is allowing just 1.12 per 9 innings. Per game, Aaron Civale is averaging 4.71, on a strikeout percentage of 24.0%. Civale has done a good job at limiting walks, averaging just 2.25 per contest.

For the season, the Chicago White Sox and Cleveland Guardians will be playing their 16th game of the season. Currently, Cleveland is winning the season series 9-6. Through 15 games, the series over-under record is 7-7, with the average run total sitting at 8.16 runs per game. In these matchups, the average scoring differential sits at 3.53 runs. Last season, Chicago picked up the series win, 10 games to 9. In these 19 meetings, the two teams combined for an over-under record of 10-9. Last year, the White Sox and Guardians averaged 8.16 runs per game. On average, the winning team won by a margin of 2.79 runs per contest.

Heading into Sunday’s AL Central matchup between Chicago and Cleveland, the White Sox have a slight edge on the moneyline. Even though Dylan Cease had his worst outing in some time, he still only gave up 3 runs, and Chicago went on to win the game. Look for the White Sox to continue to rack up wins with the right-hander on the mound. I like Chicago on the moneyline.

Free MLB Pick: White Sox Moneyline. Need to re-up for football season? Don’t do it and get NOTHING! Take advantage of a 100% real cash bonus from one of the top tier books on our best betting sites list!