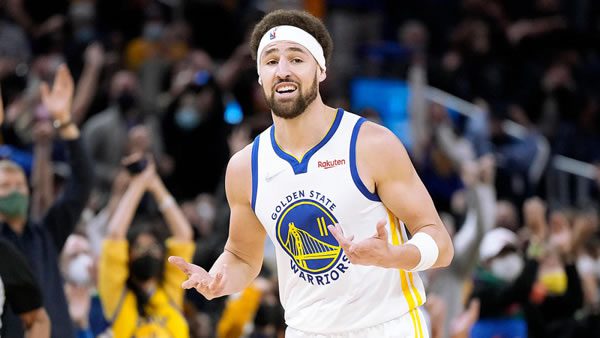 The Dallas Mavericks host the Golden State Warriors in a Non-Conference matchup. Tip-off is set for 08:30 PM ET at the American Airlines Center.

The Golden State Warriors come into this game with an overall record of 43-19, placing them 2nd in the Western Conference. So far, Golden State is above .500 on the road, holding a record of 17-12. Over the Warriors’ last five games, they have picked up just 1 win. In this stretch, Golden State’s offense is scoring right in line with their season average, putting up 113.0 points per game. Combined, the Warriors’ last five opponents are giving up 109.0 points per contest. A key reason for the Golden State’s recent struggles is a defensive unit giving up 113.0 points over their previous five contests. This figure is up from their season average of 104.0. In the Golden State Warriors’ most recent game, the team fell to Minnesota by a score of 129-114.

The Dallas Mavericks come into this game with an overall record of 37-25, placing them 5th in the Western Conference. So far, Dallas is above .500 at home, holding a record of 20-11. The Mavericks have played well over their last five games, picking up 4 wins. During this stretch, Dallas is averaging 111.0 points per game, 4.0 points more than their season average of 106.7. This uptick in offensive play has come while playing a group of opponents who are collectively giving up 108.0 points per contest. Even though the Mavericks have been adding to the win column, their opponents have had no trouble scoring the ball, averaging 107.0 points per game, up from Dallas’s usual rate of 103.4. In the Dallas Mavericks’ most recent game, Dallas took down LA Lakers by a score of 109-104.

As Golden State travels to take on the Dallas Mavericks, the Warriors’ leading scorer is Stephen Curry. Through 58 games, Curry is averaging 25 points. On the season, he has surpassed his season average in 45.0% of his games. As Curry gets set to take on the Mavericks, he could be in line for a big game as Dallas is allowing their opponent’s top scorer to surpass their season average in 53.06 of their games. This figure places them 22nd among NBA defenses. On the other side, Luka Doncic leads the Mavericks in scoring, averaging 27 points across his 45 games. Throughout the season, Doncic has outscored his season average in 36.0% of his outings. However, if he hopes to add to this total, Doncic will need to do so against a Warriors defense that has been tough on their opponent’s top scorers. So far, leading scores have surpassed their season average at a rate of just 42.86%. This figure is good for a rank of 6th in the league.

Heading into this matchup, the Golden State Warriors are the more efficient team on both ends of the court. This scenario has taken place in 18 of Golden State’s 29 games, leading to a winning percentage of 78%. So far, the Dallas Mavericks have played 30 games as the inferior offensive and defensive unit. In these instances, they have lost 30 times, by an average margin of -13.0 points.

Heading into today’s matchup, the Golden State Warriors and Dallas Mavericks have met up for 3 games. In their last meeting, Dallas picked up a 107-101 win.

More Picks: Get Dan’s Point Spread Pick for the Grizzlies at Celtics 3/3/22 game >>>

51% are betting the Warriors against the spread.
52% are wagering on the game to go over the posted total of 219.5

The Golden State Warriors come into this matchup looking for some revenge after dropping their last matchup with Dallas. However, they will need to do so on the road where they have an ATS record of just 13-14-2. Working in their favor is the likely return of Klay Thompson, who has been dealing with an illness. Throughout the season, both the Mavericks and the Warriors have been near the top of the league in nearly every defensive statistic. In tonight’s game, I see the Warrior’s offense coming up big as they are a much more efficient shooting team from beyond the arc. I recommend taking the Warriors to cover the spread at -2.5 points. Bet your GS/Dal pick and ALL your NBA bets for FREE this weekend by taking advantage of a 100% real cash bonus on your first deposit of $100 to $1000 at Betnow Sportsbook!