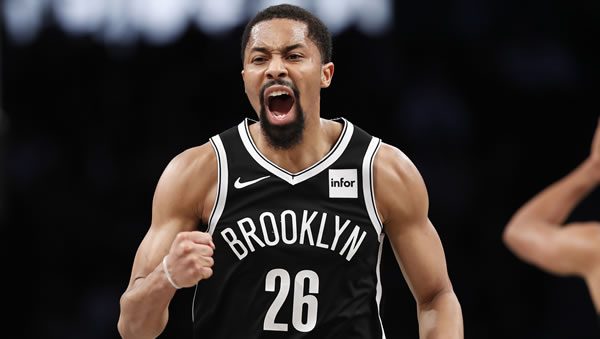 Risk less per bet with -105 lines >>> The savings add up to be HUGE over a one year period!

Today, the Brooklyn Nets square off vs. the Washington Wizards at 07:30 PM (ET).

In their last contest, Brooklyn played the Charlotte Hornets and walked away with a 95-111 loss. The Nets shot 43.70% from the field in the matchup while hitting 25.70% beyond the arc.

In the game, the team’s leading scorer was Kevin Durant, finishing with 38 points. In his 36 minutes, Durant took 12 shots from the field, finishing with a shooting percentage of 33.3%.

Durant was also the unit’s leading three-point scorer, connecting on 2/6 shots from downtown. In terms of individual plus-minus results, no player logging significant minutes was able to finish with a positive mark. The Nets also got contributions from James Harden and LaMarcus Aldridge, who ended with 15 and 9 points, respectively.

In the past week, the Brooklyn Nets have relied heavily on the scoring of Kevin Durant, who is averaging 33.0 points over three games
Over these contests, five players are averaging at least 10 points. James Harden has racked up the second-most points, averaging 18.0 per game during this span.

The Washington Wizards are coming off a highly contested overtime win over the Indiana Pacers 135-134. With the victory, the team improved their record to 2-0 on.

Heading into the 4th quarter, the Wizards appeared to have the game under control. However, they were forced into overtime as they scored just 17 points in the final period.

In the game, the team’s leading scorer was Spencer Dinwiddie, finishing with 34 points. Over 35 minutes, Dinwiddie took 18 shots from the field, good for a shooting percentage of 66.7%.

The group’s leading three-point shooter was Kyle Kuzma, who connected on five shots from deep, an shooting percentage of 62.5%.

When looking at individual plus-minus stats, the team outscored their opponent by 11 points while Davis Bertans was on the court. Best among teammates.

The Wizards also got significant contributions from Kyle Kuzma and Raul Neto, who ended with 26 and 18 points, respectively.

To start the season, the Wizards have been a two-headed monster when it comes to scoring. So far, both Spencer Dinwiddie and Bradley Beal are averaging over 20 points per game. If they hope to continue with their hot start, both players will need to be in the 20-30 point range consistently.

The Washington Wizards prefer to play an up-tempo style of basketball. However, the Brooklyn Nets have shown the ability to slow down teams looking to play fast. In games vs. opponents ranked in the top in the pace, these contests finish with three fewer possessions than expected. In these games, the Nets win at a 65% clip.

When the Wizards play teams looking to limit the game’s tempo, they struggle to pick up victories. Last season they won just 42% of games vs. average pace teams.

With Kevin Durant and James Harden, it is no surprise that the Brooklyn Nets are one of the league’s best offensive teams. Dealing with good offensive units is a problem for the Wizards, who allow four points above average to such teams.

This game should feature a lot of scoring as the Nets also struggled to limit highly efficient offensive teams. However, Brooklyn fared slightly better as they defeated top offensive units in 65% of their games. Simply put, the Nets can outscore anyone.

Washington Has The Defensive Edge

In terms of defensive efficiency, both teams are considered among the league’s average. When facing off against average defenses, it is the Nets that have the greatest offensive impact. On average, Brooklyn wins 65% of these games with a margin of victory of +5 points. Washington wins 52% of the time vs. average defense teams but has a +- of -2 points per game.

Last year, the Nets and Wizards met up in three games. Washington was able to win the series (2-1). Game two of this matchup was one of the highest-scoring games of the season, finishing in 149-146 victory for the Wizards. Between the three games, Brooklyn actually scored more points (381-376).

How the Public is Betting the Wizards vs. Nets

68% are betting the Nets against the spread.

The Wizards are 6-1 against the spread vs. the Nets
The over has hit in four out of the past 5 Washington games
Brooklyn was won 21 out of their past 25 games at home

Since opening, this line has moved towards the Wizards. My model predicts the Nets to win this game by 8 points. I recommend grabbing Brooklyn anything below -8. If this line creeps up to 10, I will be switching over to the Wizards.

At the time of writing this article, there are no player prop lines posted. However, this game will feature a lot of scoring. Once the lines are available, I recommend taking a strong look at Kevin Durant and Bradley Beal to go over their totals. This game could easily turn into a shoot-off between the best players on each team. Note: The NBA has some wild swings. The best way to bet professional basketball games is to partake in live betting. However, most online sportsbooks only offer lines on games during commercial breaks and halftime. Did you know that Bovada Sportsbook (See our Bovada Review) offers lines on live games 90% of the game, including in-play? Check it out, they’re the best!