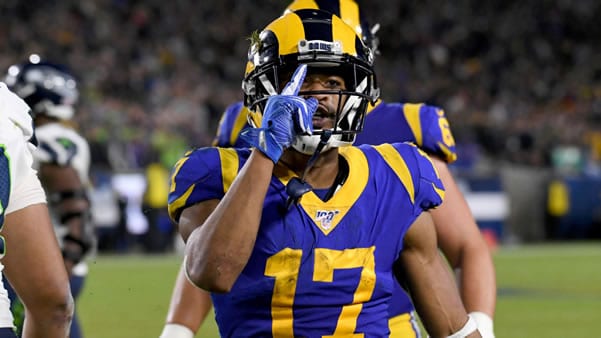 Point Spread: DET +15/LAR -15 (Reduced Juice Betting >>> Saves you $5 per $100 you’re trying to win! This adds up to HUGE savings over the years! THOUSANDS of dollars you could have been spending on beer or investing in your wife to buy more time to watch football!)

The Detroit Lions come to Inglewood to take on the Los Angeles Rams in NFC action from SoFi Stadium on Sunday. Jared Goff comes back to his former stomping grounds, looking for his first win with the Lions, who are 0-6. On Sunday, it got ugly at home with the Bengals beating them badly, 34-11. This week, it might not get better against a high-flying Rams team that again saw their offense in charge on Sunday with an impressive 38-11 road win over the Giants. Can the Lions reclaim some of the juice they were showing, at least from an ATS perspective? Or will the Rams continue to roll?

Desirable Spot for the Lions?

It could work out with the revenge angle of Jared Goff coming back to LA, in addition to receiving a healthy amount of points. It’s not like this is the high-water point for the Rams in terms of urgency. If they would ever be subdued, it could be in this spot. Then again, it’s also a spot for Matthew Stafford to take it to his old team, not that there’s really a particular ax to grind. It’s just that it’s a little more painful for Goff, coming back to a team he once took to the Super Bowl mired in a hopeless situation in Detroit with only a fraction of the same talent around him.

It’s a dire situation, where it’s Goff, D’Andre Swift, and a cast of relatively anonymous receivers. No one is taking the lead. The roles aren’t clearly spelled out. Their offensive game plan seems mired in muck at times. And as far as star players go, Swift can hit pretty low depths, games where he pretty much disappears or fails to make an impact. Playing from behind doesn’t help his case. And when that happens, Goff is left to work with a receiving crew that is missing pieces and didn’t have that many pieces, to begin with.

We also mustn’t overstate the case. The Lions are winless, languishing at times on offense, and facing what seems like a tough spot this Sunday. But this is the same team that lost to Minnesota and Baltimore both by two points while also storming back against San Francisco to cover a spread. They can be scrappy. Sure, the hopelessness of the season could be setting in, highlighted by a futile showing at home against the Bengals. At the end of the day, there isn’t much they’re really good at on either side of the ball. And that shapes up for a spot this week where this spread can be put out of its misery quickly.

We’re seeing a lot of balance in the Rams’ attack. Darrell Henderson and the run-game are really getting untracked in the right spots, and this happens to be one of them. And even if Detroit has been showing middling aerial resistance with a dash of big playmaking, they haven’t been going against the multi-dimensional passing attacks like what the Rams bring. With Stafford hitting Cooper Kupp and Robert Woods, that’s enough of a headache. Throw in a bunch of other viable weapons, and it’s a real mish-mash of different routes the Rams have to take it the Lions’ defense that has seen injuries take big chunks out of them so far in 2021. The Rams typically do not go easy in these spots. Even as you suspect a letdown, they usually exploit differentials in talent more than some teams. They step on the gas and press the action. The Cardinals are unbeaten, and winning the division is the goal, so this isn’t a time to see a slip up mentally, perhaps.

The Rams’ defense might not be the juggernaut it was a short time ago, but it’s still pretty good. And when exploited, it’s usually by offenses who have their act together. Against offenses near or at the same level as Detroit, their weaknesses don’t stand out. A sometimes-dicey pass coverage can still put big plays together. And with Aaron Donald leading the way upfront, they can get after a Detroit offensive line that is waning in power with injuries. For five straight games, the Lions have scored between 11 and 17 points in each game. They are going the entire first half in some cases without even a score. Going into LA to take on a Rams defense doesn’t seem like the ideal remedy for their woes.

There are things the Lions could exploit. At times, Goff can complete a lot of passes between Swift and his many role-receivers. There is just such a lack of verticality in their offense that it doesn’t threaten a Rams’ defense who has a weakness against teams that can spray it all over the field. But with plays where Detroit’s dicey offensive talent needs to break tackles and bust off big plays, this might not be the ideal spot. While not impenetrable, the Rams’ defense figures to still have a major say in this game.

I can understand taking the big number in this spot. The Rams may very well not be shot out of a cannon in this game, while key guys on the Lions are playing for their positions and, in some cases, their jobs. It’s just that urgency, pride, revenge, and sentiment only goes so far. Against an offense that has weapons left and right, Detroit can’t hang in there with D’Andre Swift, a bunch of receivers who would be the fourth option in most offenses, and a tight end in TJ Hockenson, who shows up some weeks and disappears in others. I see a thorough win for the Rams at SoFi this week.

Loot’s Prediction to Cover the Point Spread: I’m betting on the Los Angeles Rams minus 15 points. Bet all of your Week 7 football picks for FREE by scoring a massive 100% REAL CASH bonus on your first deposit up to $1000 at Betnow Sportsbook!