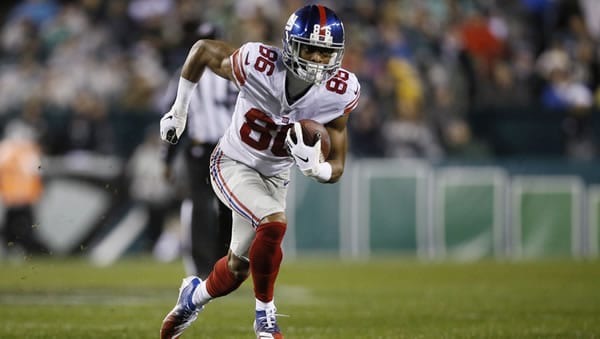 The Ravens are still on the outside looking in at the AFC playoff field, heading into this NFL inter-conference match-up with the Giants Sunday afternoon in Baltimore. And New York, despite its record, is still alive in its divisional race. But while the Ravens own a three-game winning streak, the Giants hold a two-game losing skid. Baltimore is favored by double-digits for this game, but two NFL double-digit favorites got beat outright last week. Might that affect how we’re playing this game with our free NFL pick?

Week 16 NFL betting odds opened the Ravens as 10-point favorites over the Giants, with an over/under of 45. Early betting action then bumped Baltimore one point, to -11.

New York caused a bit of excitement a few weeks ago, winning four games in a row to climb into “contention” in the miserable NFC East, but now owns two-game losing skid after falling at home to Cleveland last week 20-6. The Giants, with back-up Colt McCoy at quarterback again, hit the board first with an early field goal but trailed the Browns 13-3 at the half. New York then gave up the first seven points out of the locker room and mounted little challenge from there, whiffing ATS as a six-point home dog.
The Giants got out-gained by Cleveland 392-288, out-rushed 106-74, and lost time of possession by a 34:26 split. New York also suffered from some strange play-calling that basically cost them six easy points when the game was still close.
The Giants have now been out-gained each of their last three games and out-rushed their previous two.
Two weeks ago, New York lost to Arizona 26-7. Going back a bit further, the Giants have scored a total of 49 points over their last four games.

Starting QB Daniel Jones has missed two of New York’s last three games with a bad knee, and he’s listed as questionable for this one, too.

And yet at 5-9 overall, the Giants trail division-leading Washington by just one game in the NFC East, with two to go.

Meanwhile, Baltimore rides a three-game winning streak into Sunday, after disposing of Jacksonville last week 40-14. The Ravens turned an early sack/safety into nine points, as one should, led 26-0 at the half, and breezed home from there for the win and the cover as 13-point favorites.
Baltimore out-gained the Jaguars 409-267 and won the ground battle 159-62. So the Ravens have now out-rushed each of their last four opponents. They’re also 4-0 ATS over that span.
Two weeks ago, Baltimore outlasted Cleveland 47-42 in overtime, and three weeks ago, the Ravens beat Dallas 34-17.
At 9-5 overall, Baltimore trails first-place Pittsburgh by two games in the AFC North and trails Miami by a tie-breaker in the battle for the final AFC playoff spot. So the Ravens must make up some ground somewhere over the next two weeks to make the playoffs.

Baltimore stumbled through November but looked to have regained some mojo. Two of the Ravens’ last three wins have come by double-digits, and they’re averaging almost 40 points per game their last three times out. New York, on the other hand, is trending in the opposite direction. The Giants weren’t scoring much even when they were winning games, and now they’re averaging 12 PPG over their last four. We’re thinking 31-13 here, so we’re betting Baltimore, minus the points. Bet your Week 16 NFL picks FREE by taking advantage of a huge 100% real cash bonus on your first deposit of $100 to $300 at MyBookie Sportsbook! (Must use bonus code PREDICT100)