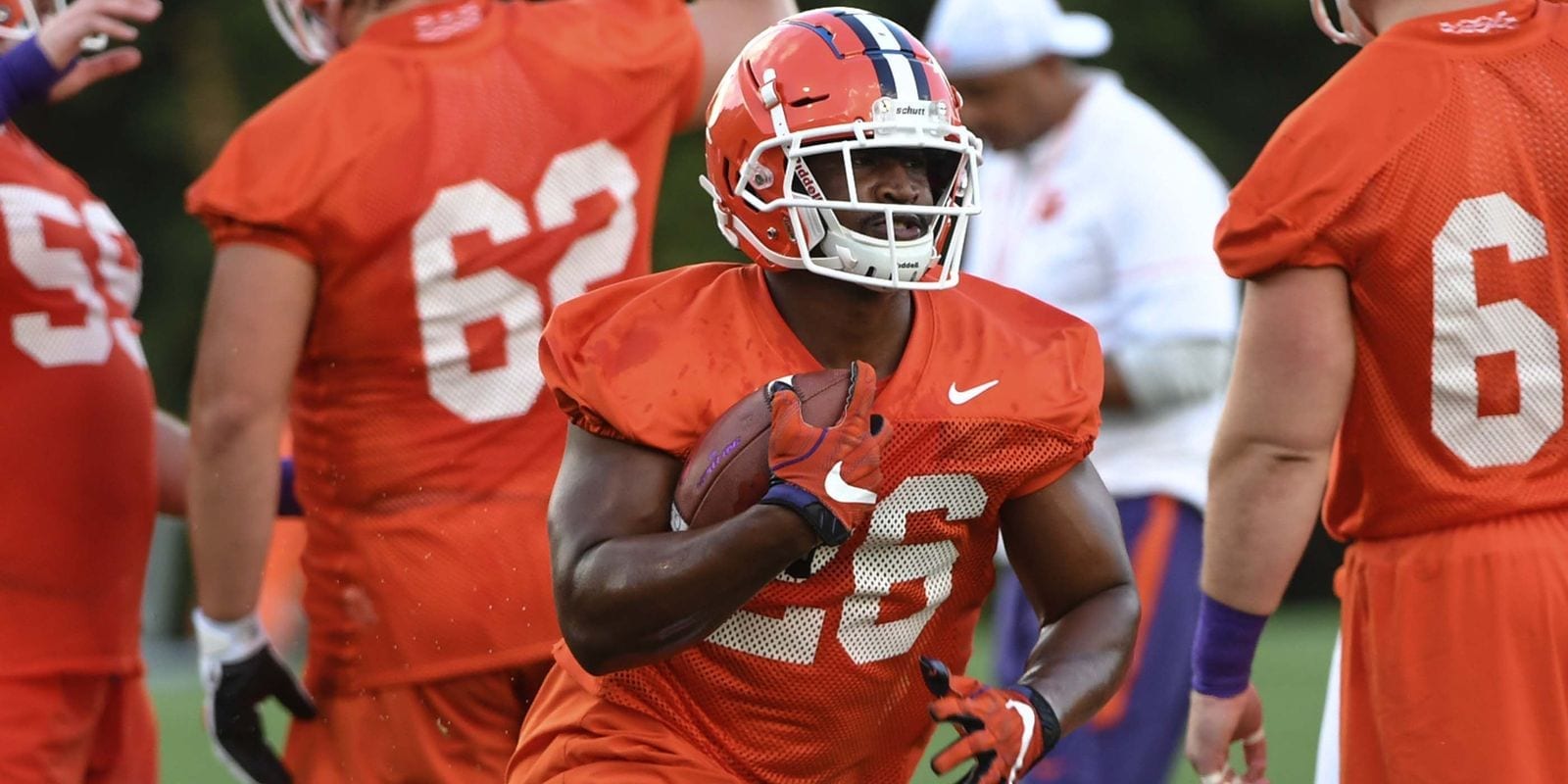 The Clemson Tigers remain undefeated and among the biggest favorites to make the College Football Playoffs. However, a new era is about to dawn in Clemson as the reign at quarterback will switch from senior Kelly Bryant to true freshman Trevor Lawrence. The news that Lawrence would get the start occurred on Monday despite the fact Bryant compiled a 16-2 record as a starter and led the Tigers to the playoffs in 2017. To add flames to the controversy, Bryant announced on Tuesday that he would transfer meaning Lawrence will be the guy to lead the Tigers offense for the remainder of the year.

Bryant’s decision to transfer could be costly for Head Coach Dabo Swinney. If the move to Lawrence at quarterback fails, he will no longer have the proven veteran to save the day. The new Trevor Lawrence era will officially kick off early Saturday when the 3rd ranked Clemson Tigers host the Syracuse Orange at Memorial Stadium in Clemson, SC. Despite the undefeated record, Clemson sports a disappointing 1-3 mark ATS this season and are currently listed as 25 point favorites over a Syracuse team that is 4-0 SU and 3-1 ATS. Therefore, this should be a solid test for Clemson to see if this offense can move forward and possibly improve to the level they need to compete with the nation’s elite teams.

Trevor Lawrence will seize the opportunity

Despite the somewhat bold and risky move from the veteran to the true freshman, I agree with Dabo Swinney’s decision. Lawrence was recruited as the no. 1 player out of high school and he is not a normal number 1 recruit. He is the type of talent that comes once or twice every decade. He has all the tools to flourish and has already shown his ability in limited action this season. In recent weeks, Lawrence snaps from the backup position have increased and he has looked great completing 66% passing for 600 yards with 9 touchdowns and 2 picks.

More importantly, Lawrence fits this Clemson offense naturally. Kelly Bryant is a great athlete but he does not have the pure passing ability when you compare him to Lawrence or his predecessor Deshaun Watson. With the pure passing ability of Lawrence, this Clemson offense can become a force again through the air at the help of one of the most talented receiving corps in the nation. If you look at stats, you may not realize it but Clemson is stacked at the WR position. Hunter Renfrow was the star of the National Championship game two years ago against Alabama and is a force. Plus Tee Higgins and Amari Rodgers are breakout stars in the making. They just simply need the opportunity. I expect this move to Lawrence to help this Clemson offense progress into the dynamic scoring threat that we have seen over the last several years.

Take Syracuse and the points against Clemson

While I am a firm believer in the decision to move forward with Lawrence, I don’t know if it will be all fireworks out of the gate. I feel like this 25 point line is a bit inflated and honestly a tad disrespectful towards Syracuse. The Orange have played good football in every outing this season. The defense is pretty solid and should be able to stand their ground with Clemson to a certain degree. Clemson is going to score points but I don’t think it will be a huge number. More importantly, the matchup for the Syracuse offense is favorable despite what most experts may believe.

The Tigers defensive line is among the best in the country but this is not the best matchup this week. Syracuse quarterback Eric Dungey is a dangerous dual threat. Dungey has been great with his arm throwing 9 touchdowns with 1 pick and he also leads the Orange in rushing. He is the type of quarterback that can extend the play against Clemson’s pass rush and use his legs to keep the chains moving. The Syracuse offense also has plenty of talent at the skill positions to complement Dungey. Despite the inferior competition outside of Florida State, Syracuse has posted point totals of 55, 62, 30, and 51 in their first 4 games. Needless to say, they know how to score points and that will drive a lot of value towards the given points.