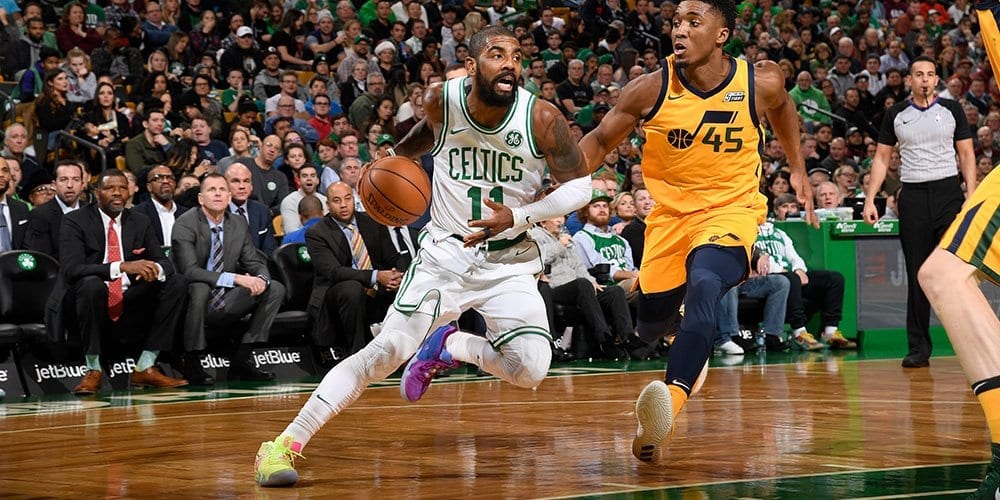 Takeaways From Boston and Miami’s Most Recent Games

The Celtics continue to roll as they have now extended their winning-streak to four games after enduring producing their best offensive performance last night against the best defensive team in the NBA, the Indiana Pacers. Boston hosted Indiana in Beantown and routed the Pacers by a score of 135-108 to generate their fourth consecutive cover with ease as a seven-point favorite. Over their last ten outings, the Celtics have produced a profitable 7-3 ATS record.

On the contrary, the Heat enter in off a two-game losing streak and a three-game skid where they have failed to produce a cover. Most recently, Miami hosted the Western Conference’s top team in the standings at the moment, the Denver Nuggets on Tuesday where they fell by a score of 103-99 despite being favored by two points at the close. Miami is 1-4 ATS in their previous five contests.

How the Public is Betting the Boston-Miami Game

At the current moment, 70% of the betting public are diving into Boston here with the low points to lay as the road favorite. The market has moved by a point upward since the Celtics opened as just a one-point favorite. In terms of the Over/Under we have seen significant action on the Over push the line upward by 2.5 points from its opening number of 209.5.

The Heat have won the last two meetings between both sides but Boston and Miami have not met since December of 2017. In their previous contest, Miami was priced as a nine-point underdog and pulled an outright upset of the Celtics on their own court in Boston in a 90-89 defensive thriller.

The Heat will be without point guard Goran Dragic who is currently recovering from arthroscopic knee surgery. “The Dragon” will placed on the shelf on New Year’s Day and is expected to be out for six to eight weeks.

Last night’s prolific offensive outing by Boston will ask many if they can re-create such production in their follow-up. As a whole, the Celtics are known for their defensive game and continue to be an elite defensive unit. Boston is the third-ranked scoring defense in the NBA as it gives up just 105.4 points per game. While they are at it, they allow opponents to shoot just 44.2% from the field which also places them third in the league in that area. Boston is also a beast against the three-pointer as opponents hit just 33% of their attempts (2nd in the NBA). However, they are up against a Miami team that has shown proficiency in similar categories. The Heat give up just 105.7 points per game (6th in the league) and are second in the NBA in opponent field goal percentage allowing a success rate of just 43.9%. Given the rest advantage going to Miami along with Boston having to travel 1,500 miles for this game, Boston will have its hands full trying to repeat what it achieved last night against the Pacers.

Miami is one of the most physical teams on the boards in the NBA when it comes to offensive rebounding as they presently sit fifth in the league averaging 47.2 offensive rebounds per game. Boston’s average in this department sits at 45.2 offensive boards per game (14th in the NBA). This presents an edge for the Heat in a game that could be settled by a basket. Furthermore, Miami has a deeper bench which enables them to play this kind of rugged style longer. In addition, the Heat have a scoring edge as well from their depth as they get 43.1 points per game out of their bench compared to Boston who averages 40.3 bench points per game.

This match has all the makings of an upset written all over it. The Celtics come in off what has to be considered one of the more impressive wins this season by any team as they were able to produce their best offensive performance against the team with the best scoring defense in the league. We will likely see this headline circulating over and over again across many publications today as why Boston is the must bet in this game. As a result, the public has flocked to Boston who looks far easier here spotting less points (compared to last night’s closing line of -7 against Indiana who is presently the #3 seed in the East) to a Miami team that does not even have a winning record this season. Furthermore, Boston is red-hot both straight up and against the spread while the Heat are on a cold streak. This also sways the public’s lean in this contest. However, despite all of this, odds-makers were reluctant to give Miami more than a free throw at the open of this market. We encourage takers to read between the lines, here. Had Boston lost last night or had Miami not been riding a losing streak, perhaps the Heat would be favored. We’ll take advantage of an under-priced Miami team by virtue of a clear-cut overlay on the Celtics and cash in on the Money Line.