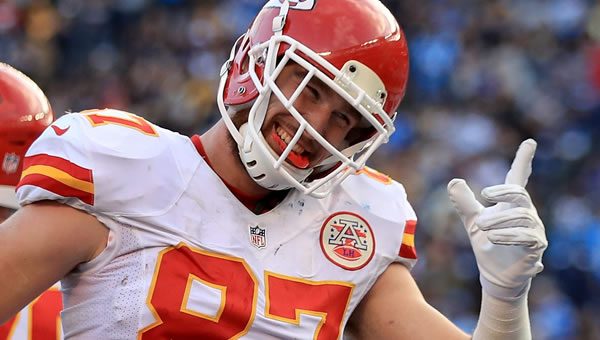 Andy Reid and the Chiefs will roll into the Nations Capitol Sunday to take on Ron Rivera and his Football Team. BETANYSPORTS (home of -105 reduced odds bets) has made the Chiefs 7 point road favorites and set the game total at 55.5. We want to bet against both of these teams, but the best we can do is bet against both of these defenses. Let’s look for these defenses to keep up their inept play and buy Over tickets, and maybe take the 7 points with the Football Team. Here is the handicap.

These Are Historically Bad Defenses

The Chiefs’ defense currently sits dead last in the league, allowing 32 points per game, with the Football Team close behind, allowing 31 points per game. We expected the KC defense to be towards the bottom defense in the league, but Washington was expected to be an elite stop unit. The Football Team has one of the most talented front fours in the league, but they have generated only nine sacks through five weeks. Washington’s other stats are reasonable – they allow only 4.0 yards per carry and 7.7 yards per pass attempt. But the biggest struggle for Washington is their inability to get off the field on 3rd down, where they allow opponents to convert on 56% of their attempts. The other thing that is striking about Washington’s defense is these poor performances have come against some mediocre offenses, including the Giants, the Falcons, and the Saints. In the last two weeks, Atlanta and New Orleans have registered 26 first downs each, so Washington’s mediocre opponents are having little trouble moving the ball up and down the field, meaning the Chiefs offense should have a lot of fun.

KC’s defense is taking bad to a new level. They are allowing opponents 7.1 yards per play - the Lions are second-worst at 6.5 yards per play. Not surprisingly, KC is last in the league with only seven sacks. Star defensive linemen Chris Jones has been out and could return to the lineup Sunday, but the issues here are more than one player can fix. KC’s defensive coordinator Steve Spagnuolo wants to run complex blitzes to get negative plays, but the Chiefs can’t get home even when they blitz. KC hasn’t had a turnover since Week 2 and has totaled only four turnovers on the season. When teams get to the red zone against the Chiefs, they are cashing in, scoring on 77% of their trips. Even against Washington, there is no reason to expect KC to consistently get stops.

The Offenses Will Take Advantage

It would be an offensive coordinator’s dream come true to play against these defenses. The Chiefs offense has some issues this year, but none of them should slow them down this week. Mahomes has thrown six interceptions which is the same number he threw all of last year. Their opponents have committed to stopping Tyreek Hill from making big plays and are trying to contain Travis Kelce. This has caused some success, but Washington doesn’t have the personnel to do this. KC’s leading rusher Clyde Edwards-Helaire went down last week, so he won’t be on the field this week, probably meaning Reid will be less committed to the run than usual. Look for Washington to playback and make Mahomes work underneath, and also look for Mahomes to take full advantage. The Chiefs only put up 20 on Buffalo last week, so their offense should start to get a little more focused this week and should easily get to 30 or more this week.

Washington lost starting quarterback Ryan Fitzpatrick in week 1, but Taylor Heinicke has filled in admirably. Heinicke has led the Football Team to 27 points per game in his four starts, completing 64% of his passes for 7.6 yards per attempt. Terry McLaurin is the alpha receiver, and nobody on the Chiefs will be able to guard him. Antonio Gibson has lived up to very high expectations so far in this young season, averaging 85 yards from scrimmage per game and reaching the end zone 4 times. Heinicke also has the capability of running to make things more difficult on the KC defense. Heinicke will extend plays or take off if there is a lane, which will happen more than once against KC. Washington’s offense is more than able to score early and often.

A Strong Lean to the Football Team

Both of these teams are a disappointing 1-4 ATS, but someone has to cover the spread this week. In a game like this where we can’t count on either team’s defense to get a stop, 6 points with the home team is the side to be on. KC is really looking worse every week, but for whatever reason, the books keep making them around touchdown favorites, even on the road against an offense that can keep up. I think the Football Team will be able to get to 28 or more points and should be able to stay within the 6 point spread.

Play the Over and Washington

Four of KC’s five games have seen 56 or more points, and three of Washington’s five have been over 56, while last week’s game with New Orleans ended with 55 points on the board. Neither of these defenses can get a stop, so fire on the Over with confidence. Also, look for the Football Team to keep the game close in front of their home fans and cover the +6 spread. This will likely be an awesome game to live bet as we’re predicting “scores galore”. Have you seen the live wagering platform at Bovada Sportsbook? It blows away all the rest! Check it out! They give you a 50% bonus and rebates on ALL your bets too!