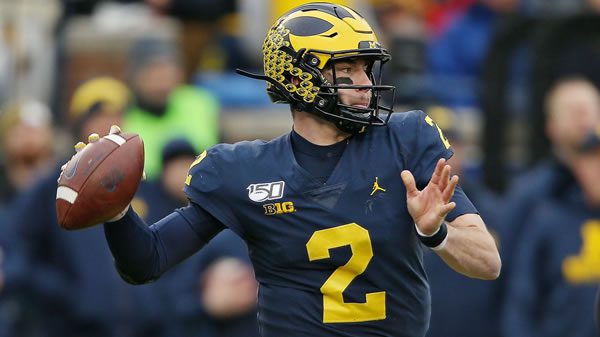 The first champions of the old USFL just might be the first champions of the new USFL, as the Michigan Panthers are widely seen as one of the favorites to win the league’s title in 2022. Jeff Fisher brings a wealth of NFL coaching experience to the table and a pair of experienced quarterbacks in Shea Patterson and Paxton Lynch, which appears to give Michigan an early edge in the league’s first season in the modern era.
On the other side of the field, the Houston Gamblers appear to be a team that could struggle. Kevin Sumlin doesn’t bring the greatest reputation with him after flaming out at Texas A&M and Arizona in the collegiate ranks, and it doesn’t appear that he’s got the right personnel in place to run the spread offense that was a staple of his time in college. Either Sumlin has a few changes in mind for his first stint as a professional head coach, or the Gamblers are likely to stumble out of the gate.

There’s not a lot to like about the Gamblers’ offense, given that they’re going to try to ride with Clayton Thorson as their quarterback. Thorson was a solid option at Northwestern, but one thing we’ve seen in the past in spring football leagues is that quarterbacks who didn’t find success at the NFL level (such as Matt McGloin) didn’t really have much success at reading defenses in the spring. Reading defenses has never been Thorson’s strong suit, as he tossed multiple interceptions 13 times during his collegiate career.The other concern is whether Sumlin will actually try to run the spread offense that he ran at Texas A&M. The Gamblers will have speed in the persons of JoJo Ward and Isaiah Zuber, but a lack of size from both players could make it difficult for either of them to make plays against the Panthers’ secondary. Houston’s offense could end up relying more on running back Mark Thompson, who’s more of a bruising back that’s not usually seen in a spread offense. However, brute power tends to win in the early goings of a new league as offenses try to get on the same page, so it’s very possible Sumlin could junk his offense and try to go with whatever works.

The Panthers appear to have the best quarterback option in the USFL in Patterson, and how well they perform out of the gate will depend on how well he can connect with his targets. If nothing else, Michigan should have plenty of speed available at both the running back and wide receiver positions. At running back, they appear to have a solid combination of speed in Reggie Corbin and power in Stevie Scott. Their wideouts do have NFL experience, as Quincy Adeboyejo previously played for the Ravens, and Lance Lenoir was a member of the Cowboys on special teams.
The concern is whether Michigan can keep Patterson upright, as the Panthers’ offensive line doesn’t appear to be the greatest collection around. None of Michigan’s linemen have ever been anything more than a practice squad player in the NFL, as the Panthers appeared to build their team with skill players and defense rather than in the trenches. It’s likely to be the kind of team that has to either win with some big numbers through the air or by grinding out a 14-10 game on the back of its defense.

With rain in the forecast, it’s going to be a question of whether or not it pays off that the Gamblers and Panthers will be the first teams to play on Sunday. Temperatures are expected to sit at 74 degrees, with about a fifth of an inch of rain and eight miles per hour winds in the forecast.

Give Jeff Fisher the same level playing field as everyone, and the veteran coach is likely to produce a winner. Fisher constantly took over teams in turmoil during his NFL career and managed to get them to play .500 football, and in this league, every team will be going through the same things at the same time.

That should allow Fisher’s expertise on defense to shine through, and it should help make Michigan dangerous in the early stages of the league. I expect a low-scoring game here, and I think the Panthers and the under make a ton of sense. Bet your USFL predictions for FREE by taking advantage of a 100% REAL CASH bonus on your first deposit up to $300 when you use bonus code PREDICT100 when you sign up for a new betting account at MyBookie!