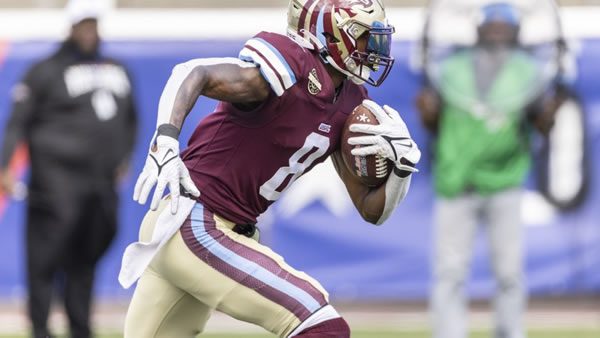 This is the one game that doesn’t involve a playoff team in the USFL’s final week of the regular season, and as such, it’s the game where players are most likely to throw caution to the wind and focus on giving a good performance. There is no next game in 2022 for either Michigan or Pittsburgh. These teams are strictly playing for their next job and hoping to get one more good performance on tape to impress an NFL team enough to earn a training camp invitation or at least secure employment for the USFL’s second season.

With these two teams, it’s a matter of how badly they want to avoid the distinction of being the USFL’s worst team in Year 1. With the Houston Gamblers upsetting Birmingham last week, the loser of this game will own the worst record in the league, as neither really ever found an offense that they were comfortable with while watching the league’s best teams zoom past them. Michigan could have been decent if it could close out games, but the only game the Panthers have closed all season was against the Maulers back in Week 3 when Jeff Fisher’s squad embarrassed Pittsburgh in a 24-0 rout.

Since then, the Panthers have improved a little on offense, but the once-stout defense has kind of come apart at the seams. On the other hand, Pittsburgh has done a great job staying in games but an equally excellent job of finding bizarre ways to lose those games. Whether it’s missing an extra point and a field goal last week against Philadelphia or bringing in a backup quarterback down one score with five minutes to go because coach Kirby Wilson didn’t like the starter’s body language, there has never been a dull moment with the Maulers.

Would you believe me if I told you that statistically, Michigan has the second-best rushing attack in the USFL? Amazingly, it’s true, and that’s despite the Panthers rushing for a mere 53 yards last week. The running game went nowhere because nobody runs on New Jersey, but Josh Love and Eric Barriere were able to find plenty of holes in the secondary and threw for a combined 286 yards and three touchdowns to keep Michigan in the game. It all fell apart for the Panthers when the Generals stopped the run cold as they do to everyone, and Michigan responded by tossing three interceptions. The Panthers have been an absolute wreck at giving away the ball, as they’re currently minus-8 in turnovers (only Tampa Bay is worse), including 11 interceptions (again, only Tampa Bay is worse). The Panthers have a genuine scoring threat at wide receiver in Joe Walker and a good running back in Stevie Scott, but they tend to stop themselves far too often. Michigan needs to take care of the ball to win this game.

The Maulers finally wised up and put Vad Lee back under center, but at this point, it’s probably a little too late for him to get his confidence back and play the way he did in the middle of the schedule. One of the hardest things for a quarterback to do is be effective when he’s constantly looking over the shoulder, and Lee really can’t feel that Wilson has his back after the way he got pulled in the loss to Birmingham. Tossing two interceptions and losing a fumble can’t have helped his confidence, and while he’s completing passes, he’s not exactly taking many risks with the ball.
And that’s left Pittsburgh with an offense that’s a bit on the toothless side. The Maulers only managed to hit 20 points twice all season, and the second one only happened because Lee scored a touchdown on the last play to beat Houston, 21-20. Since then, Pittsburgh has consistently scored in the teens, as the Maulers don’t run the ball very well and don’t block well enough to protect Lee for four quarters. It’ll be hard to do worse than they did against Michigan in Week 3 when they managed a mere 227 yards and got shut out.

With Pittsburgh, the question is whether the opponent will get the job done on offense well enough to push the number over. The Maulers have flirted with the number at times this season, but only one of the past three overs has cashed for them. And that’s because Pittsburgh’s ceiling is about 17 points, give or take a couple. That means that to hit an over, especially in the high-scoring North, the other team usually needs about 28 points, which is kind of a tall order for some teams in this league. The over is 20-16 on the year.
Pittsburgh has at least shown some fight over the past three weeks, covering in three consecutive games and becoming one of three underdogs to cover last week. Only Tampa Bay came in as an underdog and failed to cover, leaving the favorites are 26-10 SU and 19-17 ATS on the year.

The good news is that there’s no rain to worry about in this game, but the heat could be disastrous on Sunday, as the temperatures are set to hit 95 degrees. Wind will blow at four miles per hour to the east.

With the Panthers picking up the offense in recent weeks, I think they’re the better team and should have a bit too much for Pittsburgh. The Maulers should get a few points, but in the end, Michigan should close the year out with pride and grab the result to move out of last place.