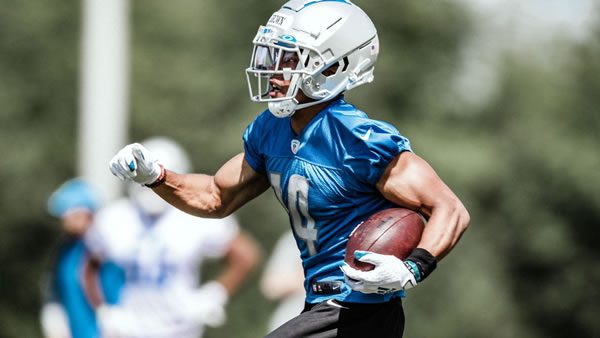 Point Spread: DET +8/DEN -8 (Betanysports - They allow Predictem readers to bet on games at -105 odds instead of the more expensive -110 you see elsewhere. Making the switch will save you TONS of cash!)

The Detroit Lions come to Mile High for a week 14 showdown with the Denver Broncos. This locale is a bit out of the Lions’ normal stomping grounds, but for the first time this season, they enter this game coming off a win, scoring a last-second TD to nip the Vikings on Sunday, 29-27. They’ll see if they can keep it going against a 6-6 Denver team coming off an ugly 22-9 Sunday Night Football loss to the Chiefs, If Denver has any hopes of climbing into the wild card picture, they have to beat Detroit at home. Who can get the cover this week?

Detroit as a Preeminent Betting Choice?

In a bottom-line business like the NFL, a 1-10-1 record is ugly, but when teams coming off a win with an 8-4 record against the spread are playing, they would stand out as a solid choice. So while they’ve let down their fans, they’re a team that overperforms according to those who set these numbers. And a Minnesota team that had a lot to play for last week found out that the Lions are tougher than people think, with a lot of close games that didn’t go their way. But they’ve covered the spread in every game going back to October, while a lot of teams people like to talk about have been letting bettors down.

Jared Goff may have had a fall from grace, but he’s not going to be bad every week. It doesn’t always surface and they have a lack of star-power aerially, but all those young talented receivers can deliver on given weeks. They have some depth in the backfield and even with D’Andre Swift (questionable) missing time, they can still produce with Jamaal Williams. Tight end TJ Hockenson can spring forth with a nice showing from time to time.

In the right spots, the Detroit defense can be halfway-competent. They are bad from a statistical standpoint and haven’t always been clutch this season. But we see diminishing returns from opposing offenses in recent weeks and before beating Minnesota on Sunday, they had allowed a total of 45 points in their previous three games. And even with Kirk Cousins and Justin Jefferson putting up monster numbers on Sunday, a 27-point allowance isn’t so bad perhaps. But they did give up that late score, with only the late offensive fireworks bailing them out in that spot.

The Good and Bad with Denver This Week

First of all, at 6-6, the Broncos are in a crisis and with Detroit coming into town, more in a position to do something about it than they were last week against the Chiefs. The offense hung them out to dry and they still held the Chiefs to 22 points. That home-defense could resonate in this spot in a big way. Detroit doesn’t play here often with the bulk of the roster having not seen this stadium. And if they’re able to keep the Kansas City offense from thriving, how does that bode for a Detroit offense that really needs a specific script in which to shine?

That goes both ways, however. With Detroit’s defense having shown more teeth in recent weeks, Denver could have a tougher matchup on their hands than some think. It can get downright ugly with this Broncos offense, with poor play-calling only adding to the misery. They have an abundance of receiving talent and a general inability to dial it in. And that’s a shame with a healthy Courtland Sutton, Jerry Jeudy, Tim Patrick, and TE Noah Fant—ball-catchers whose stat-lines would likely be swelling in different offenses. With Teddy Bridgewater struggling behind a line that often times suffers, it’s not easy to deploy all this talent. RB Javonte Williams might be the one bright spot, as the young back continues to impress. But they can’t even use him efficiently most games, which underlines a dysfunctional aspect this offense possesses. This could be a spot where the Detroit defense is able to make a big enough dent to keep this one close. They’ve more than held their own against similarly-powered offenses.

The best the Lions can hope for is to have their defense keep this one close, while their offense gets what they can against a Denver “D” that holds up pretty well in spots like this. The ceiling for Denver, which isn’t a totally unrealistic one, is considerably higher. They’ve smashed lower-end teams this season, while also showing they can get the better of pretty good teams like Washington, the Chargers, and the Cowboys. This is a big spot, far more manageable than going into Arrowhead last Sunday night. A loss here really throws a wrench into things, could put Vic Fangio squarely on the hot-seat, and would make it hard to soldier on with great purpose. Will the Broncos act accordingly? Or will we see an offense shooting itself in the foot with mistakes and poor play-calling?

A pick on Detroit this week needn’t be an indictment on Denver. This is actually a spot where what the Broncos are looking to do could and should manifest to a certain degree. I’d look for good games from Javonte Williams, along with maybe a receiver getting untracked for the Broncos. But I see some of the doggedness we see from Detroit resonating this week, with some strong play along the lines of scrimmage helping them keep this one in the ballpark. I’ll take the Lions this week.

Loot’s Prediction to Cover the Point Spread: I’m betting on the Detroit Lions plus 8 points. Question: Do you partake in live betting? If so, you should SERIOUSLY consider checking out the live wagering platform at Bovada Sportsbook. It is absolutely incredible!