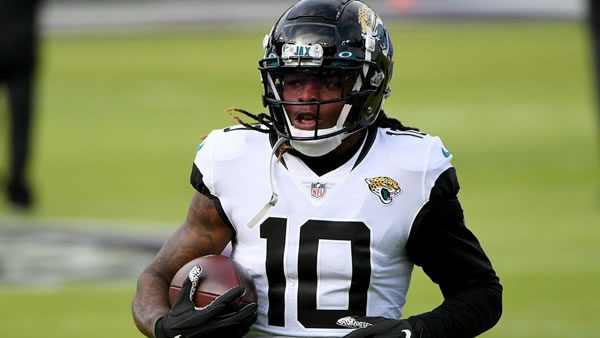 Point Spread: JAC +3.5/SEA -3.5 (Bookmaker - The biggest bookie on the planet! Around since the 1980’s! Pays fast and had a GREAT rewards program! Worth checking out!)

The Jacksonville Jaguars take on the Seattle Seahawks on Sunday at Lumen Field. Following a bye-week where they won their first game of the season in a 23-20 win in London over the Dolphins, the well-rested Jaguars look to keep the positive momentum going against the Seahawks, who are coming off the short week after a MNF loss to the Saints, 13-10. It dropped them to 2-5, and since week one, they’ve won just once and face even more games without Russell Wilson. Can the Seahawks hold down the fort, or will the rested Jags continue their mini-roll?

Good Spot for the Jaguars

We could at least say that this looms as less of a pothole on their schedule than it did a few weeks ago. Without Wilson, they are going against a diminished Seattle squad. And at least they come into it rested, and they were able to go into that week off with a better feeling in their heads with the win over Miami. With the iffy state of the Seattle defense, there could be some opportunity for Trevor Lawrence and the Jacksonville offense, a group that has been deceptively good. And for a Jaguars’ defense that can’t stop much through the air, not seeing Wilson could provide some relief. And it’s not just Wilson, as the Seattle backfield and O-line is banged up, as the injury bug continues to pounce on the Seahawks.

One can start to see where the Jaguars are trying to go on offense. There is some balance with the rushing contributions of rising back James Robinson and Lawrence adding some nice runs. Adding some premier receiver play will be a concern moving forward, and not having DJ Chark in there hurts, but Marvin Jones, Leviska Shenault, and Dan Arnold can do some damage. It’s important not to forget the possibilities that come with having a talent in there like Lawrence, who just got his first taste of NFL success, had some extra time to ruminate on it, and should be competitive in this spot.

A win over an injury-battered Dolphins team across the pond doesn’t erase the multiple issues this Jags’ team faces. Twenty straight losses leading to that win are also on the table, as are their numerous deficiencies. Urban Meyer seemed to be hanging by a thread a few weeks ago, and the win over Miami may have saved him. Then comes the football stuff. Lawrence works behind a line that can even make the Seattle defensive front look fierce. Losing Chark was a loss they could ill afford, and there are shortcomings when Marvin Jones is your number-one receiver. It handcuffs Lawrence and doesn’t let us see what he can really do. Other than a nice back, he doesn’t have a lot around him to make it work and to really turn the screws on a Seattle defense that can be exploited in the right spots.

And not to paint the Jacksonville defense as a laughingstock, but there are issues. Their run-stop has been about average, and with Josh Allen and Myles Jack (questionable), there are some players on this side of the ball. But that secondary has really labored in spots. It looms as less a concern with Wilson out, but with Tyler Lockett and DK Metcalf still on the field, this might be a spot where Wilson isn’t needed to get one or both of those guys to shine. And while the potential errors that Seattle might commit on offense with Wilson out rises, this is a Jaguars’ offense that has provided nary a big play on defense all season.

Even with Wilson, things weren’t going so great this season for Seattle. Their offense had grown one-dimensional, with a defense that regressed significantly to where they were late last season. Now with Geno Smith, you have a guy who can’t really bring out the talent of their top two receivers, who are really the only threatening members of this offense. Without DK Metcalf and Tyler Lockett in constant use, it becomes a muddled mess.

It’s not just that without Wilson, they can’t make the most of their offensive tools. It’s what Wilson was able to help camouflage. With his nifty footwork, along with his quick thinking and release, opposing defenses had a lot to contain. That’s gone now. Wilson could help make a substandard offensive line less of an issue. With Smith in there, we see a line failing to get a push while Seattle’s backup backs languish. Without Wilson, a dangerous team has become an offense without a real identity, bolstered by a defense that sometimes shows up and often times does not.

Jacksonville coming off the bye, with Seattle coming off a tough MNF game, is worth noting. Sure, the Seahawks are back at home this week, and it’s not an easy spot for the Jags. But Seattle has been run a bit ragged lately, in a hail of personnel issues, and now on the short week coming off a loss. At 2-5 in the NFC West, they are as good as cooked at this point, and you wonder if we see them start to see them sag a little big, now having lost three in a row and five of their last six.

This could be a spot where we see Lawrence air it out against a beleaguered Seattle defense and continue to flash some of that big-time potential. Jacksonville is by no means a good team and in no way automatic in a road spot out of conference. But what they are is an intact team. Without Wilson and other key pieces, Seattle is only a pathetic facsimile of what they usually represent. And in this spot, I see the Jaguars able to muster up some success. I’ll take a flyer on the Jags this week.

Loot’s Prediction to Cover the Point Spread: I’m betting on the Jacksonville Jaguars plus 3.5 points. Make the Jags a FOUR SCORE underdog by inserting them into a massive 19-point NFL teaser found at Wagerweb Sportsbook!