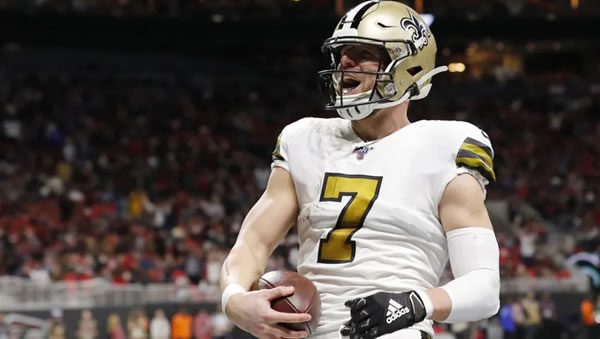 Despite a season full of injuries and setbacks, the New Orleans Saints still have a postseason opportunity which will ride on a couple of different outcomes in week 18. First and foremost, the Saints must get past the Atlanta Falcons on the road at Mercedes-Benz Stadium. New Orleans is currently favored by 4.5 points despite a 27-25 defeat to their NFC South rival back in week 9. If the Saints can manage to pull out the victory, they would still need help in the form of a loss by the 49ers, who will have a difficult match-up on the road against the Rams in their season finale.

New Orleans has pulled out victories in three of their last four games, including an 18-10 victory last week against the Panthers. Despite some circumstantial optimism, the Saints cannot afford to look past Atlanta even with the Falcons already eliminated from the postseason. The Falcons have alternated wins and losses over the last six weeks, which includes a hard-fought loss against the Bills last week. To put things into layman’s terms, the Falcons are playing better on the defensive side of the football and have enough firepower on offense to give New Orleans’ a lot of problems which everyone witnessed in the first meeting in week 9.

Understanding circumstantial scenarios are important towards betting NFL football games towards the end of the regular season. With that said, nothing has happened that leads me to believe the Atlanta Falcons have given up on finishing the season strong. So while the “Saints have more to play for” narrative may be true, it is far from a reliable betting strategy. Instead, I would put heavy focus on the match-up narrative, which is highlighted by a resurging Saints’ defense that has held opponents to just 12 points per game over their last four contests.

The Falcons have not done anything extremely well this season on the offensive side of the football. The running game has been horrible despite some flashiness from RB/WR Cordarrelle Patterson. The offensive line has been bad, which has taken a toll on QB Matt Ryan and, perhaps most importantly, the Falcons do not have any “go-to” guys in the passing game. WR Russell Gage and TE Kyle Pitts have been serviceable weapons but far from the type of playmakers to carry an offense. Now the Saints defense will get the task of attacking this vulnerable Atlanta offense with all of the match-up advantages to exploit Atlanta’s issues.

The problem for New Orleans is that they have similar problems on the offensive side of the football. Without a reliable passing threat, star RB Alvin Kamara has produced mediocre results at best. QB Taysom Hill is not providing the consistency that Head Coach Sean Payton expected. The former tight-end turned quarterback is completing just 56% passing with three touchdowns and five picks in limited action in recent weeks. Despite New Orleans’ strong defensive outings, the Saints have scored just 31 points combined over their last three games, and they are not any closer to solving the problems they have experienced all season.

Jay’s Pick: High confidence play here based on the match-ups. Take the under 40! Question: Why are you laying -110 odds on your bets when you could be laying -105? Do yourself a favor and take 5 minutes to learn about the benefits of betting on games at reduced juice! You’ll be so glad you did!