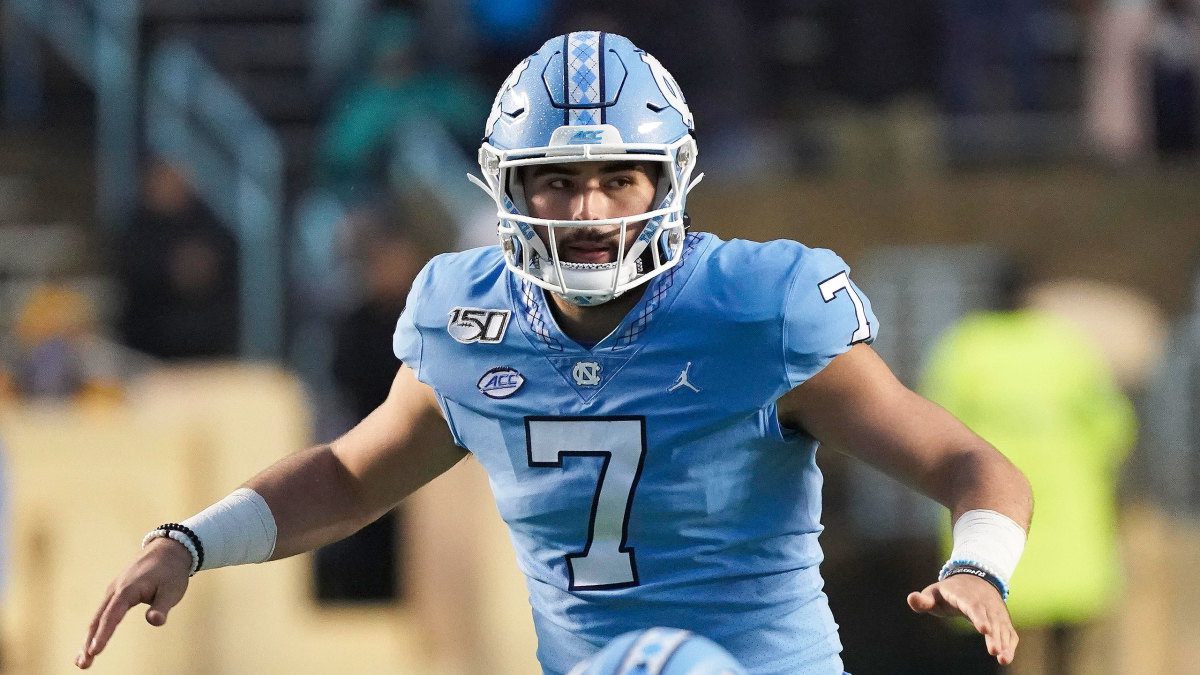 The 2021 college football season fast approaches, so we thought it might be a good time to take a look at the 2021 Heisman Trophy betting board. Last year Alabama’s DeVonta Smith came out of nearly nowhere, at odds of upwards of 75/1, to become the first wide receiver to win the Heisman since Michigan’s Desmond Howard way back in 1991. But quarterbacks, as we all know, dominate the recent Heisman proceedings, winning 17 of the last 21 Heisman Trophies, and they’re dominating the betting on the ’21 Heisman.

Here’s a quick look at some of the top contenders for the 2021 Heisman Trophy, with betting odds courtesy of MyBookie.ag.

As of this writing, the favorite on MyBookie’s 2021 Heisman betting board is Oklahoma quarterback Spencer Rattler at +400. Last year, as a true freshman, Rattler connected on 68 percent of his passes while posting a 28/7 touchdowns/interceptions ratio. This year, as the quarterback of what should be the most explosive offensive unit in the country, he could put up tremendous numbers. Also, while the Sooners will only play a couple of games on the national stage during the regular season, they are heavy favorites to win the Big 12 and make the College Football Playoff. And that’s always a good way for a quarterback to garner Heisman votes. Plus, Coach Riley has already produced two Heisman-winning quarterbacks in four seasons at OU. We rarely bet favorites on boards like this, but 4/1 might actually be good value on Rattler.

The second choice on MyBookie’s Heisman board is Georgia quarterback JT Daniels at +450. Daniels made 12 starts in two seasons at USC, compiling a 15/11 TD/INT ratio, then transferred to Georgia, where he started the last four games last season, throwing ten touchdowns against two picks. He also led the Bulldogs to four straight victories to end the season, including a come-from-behind win in a bowl against a pretty good Cincinnati team. Georgia is a clear favorite to win the SEC East this season, and they’ll get some serious national exposure when they open this season against Clemson. And odds are the Bulldogs will later meet up with Alabama in the SEC championship game.

Speaking of the Tide, quarterback Bryce Young is the third choice on MyBookie’s Heisman board at +800. Young is a highly-regarded freshman with zero starts and 22 career passing attempts. But he plays for Alabama, which is on national television all the time, with big games this season against Miami, Florida, Texas A&M, LSU, and Auburn. He’s replacing Mac Jones, who finished third in the Heisman voting last year before getting drafted by New England. The Crimson Tide averaged 48.5 points per game last year, but with just three starters back on offense, they probably won’t reach that figure this season. Also, with three interesting road games, even one slip-up could cost Young his chance.

The fourth pick on the Heisman odds board is Clemson Tigers quarterback DJ Uiagalelei at +900. Another highly-regarded freshman, and a big one, too, at 6-4, 250 pounds, Uiagalelei made a spot-start for the Tigers last year at Notre Dame and threw for 439 yards and two touchdowns and ran for another one.

Clemson is a huge favorite to win the ACC again and make it back to the CFP, and Uiagalelei, like Daniels, gets a chance to show his stuff in that season opener against Georgia.

The fifth pick on the Heisman board is North Carolina quarterback Sam Howell at +1200. Howell is a sophomore who’s already started 25 games and thrown 68 touchdown passes. His Tar Heels are the favorites to win the ACC Coastal Division this season, and while they must replace most of their skills people, they return the entire starting offensive line. Howell gets chances at national exposure when Carolina opens the season on a Friday night at Virginia Tech, and they later host Florida State and Miami, then visit Notre Dame. And while they don’t get Clemson during the regular season, they could well meet in the ACC championship game.

The rest of MyBookie’s 2021 Heisman betting board looks like this; Matt Corral, Coach Kiffin’s quarterback at Ole Miss, comes in at +1400; Kedon Slovis, USC’s quarterback, is listed at +1600; D’Eriq King, Miami’s quarterback, comes in at +1600; running back Deuce Vaughn of Kansas State, the best-priced non-QB on the board is lined at +1800, as are Texas RB Bijan Robinson and Florida QB Emory Jones.

I’m rolling with Clemson quarterback DJ Uiagalelei at +900. The QB position has a distinct advantage to winning this award and it usually comes down to a popularity contest. Clemson will be on national TV all season long. I think it’s Uiagalelei’s to win as long as he can stay healthy. Note: Heisman Trophy predictions are TOUGH. You’re only going to hit one of these babies once every 5-10 years or so. With that being said, it’s a GREAT idea to make these bets risk free. Each year, sign up at a new sportsbook that offers a bonus. Use that bonus cash to make your futures picks. Then it won’t hurt so much if you lose. In this case, you can do so in 2021 by depositing $100 to $300 at MyBookie Sportsbook and they’ll match you dollar for dollar with a 100% bonus. This is a special offer only found on the Predictem site as we’re tight with their marketing dept. You have to type in promo/bonus code PREDICT100 to get the extra bonus cash credited. Click here to register for a betting account and to grab some risk-free bets!