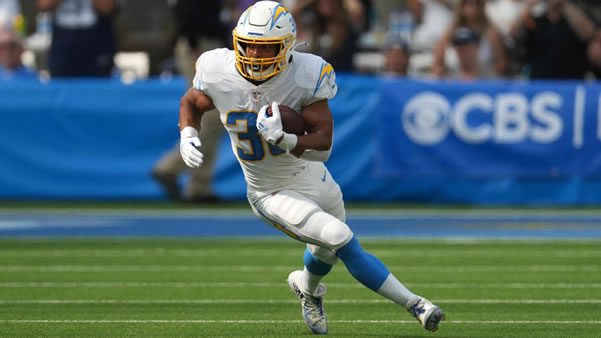 The Cleveland Browns make the trip to SoFi Stadium for a Week 5 AFC showdown with the Los Angeles Chargers. This battle of 3-1 teams promises to be a game with some offense dominating the day. Both teams would be unbeaten if not for close losses. It’s a big game for both teams, each of whom have big postseason hopes for this year. On Sunday, Cleveland won their third game in a row with a 14-7 win over the Vikings on the road. The Chargers, meanwhile, shined bright in a 28-14 win over the Raiders on MNF. Now in their second straight game at home, they look to make it 4-1 in a tricky spot against the Browns. Who can cover the spread in Inglewood on Sunday?

It seems like Cleveland has topped out in some people’s minds as a team that has done well to get this far, but this is as far as it’s going to go. It’s an understandable sentiment. That high-powered offense is often subdued or mistake-prone enough to make them something less than an elite unit. Baker Mayfield is good, but not great. And against better offenses they face, their defense doesn’t always do their share of the heavy lifting. And some of it is true. With Nick Chubb and Kareem Hunt, they have the top running game in the league. But with that QB and those targets, it’s sometimes upsetting to see how little they connect aerially at times.

Still, a team that has relied a lot on offense is showing they can win a different way. On Sunday, a 14-7 win on the road against the potentially explosive Vikings’ offense showed that they could let the defense win the day. After that road-showing, one could say maybe this is a bad spot for Cleveland in their second straight road spot with the Chargers nice and dug in at SoFi Stadium, even if it’s not much of a home advantage at all with the crowd so supportive of the opposition. It’s still a road trip for Cleveland, nonetheless, while the Bolts don’t have to travel. It carries with it some advantages when it’s back-to-back road games for the opponent and back-to-back home games for the other team.

Potential Issues for the Chargers

The differences are many, but there are some parallels between the Chargers’ and Vikings’ offenses. They have a top-heavy receiver target spread like the Chargers, a game-breaking back even if Cook was banged-up, and a QB who was red-hot until running into the Browns. Justin Herbert looks dialed-in, and new head coach Brandon Staley has really tapped into something on both sides of the ball. But Cleveland can bring things to the table to disrupt that, a big reason why they’ve allowed just 13 combined points in their last two games.

The Browns have monsters to wield on the Chargers’ offensive line, one part of the Bolts team that is a little banged-up. Myles Garrett has been unstoppable in spots, with other pieces upfront getting the job done, including Jadaveon Clowney. The secondary is dialed in with a slew of young players coming into their own and forming what might be one of the best units in the league. The Chargers bring a lot of balance to their offensive approach, and maybe the Browns have had it easy playing the Texans, Bears, and an off-key Vikings team. But they’re looking good against both the run and pass and making game-changing plays. Still, after seeing them get opened up by the Chiefs in week one in the second half, one wonders if we won’t see more elements from that game this week, as opposed to the dominance they’ve shown in the last two weeks.

Whose Offense Can Shine in This Spot?

The Chargers aren’t the only ones facing a good defense this week. Staley has really helped bring this unit along, and with continued good health, they could be one of the better groups by the season’s end. The stoutness, the playmaking, it’s all coming around. Allowing 40 total points in consecutive games to the Chiefs and Raiders shows them playing well. This Browns’ offense comes into town after scoring only 14 in their last game. A total of 60 points in their first two games dissolved to 40 over their last two, and while their defense has allowed them to see it through, they might just need more this week against Justin Herbert and Company.

We’ve seen the Chargers giving up some big performances to different backs this season, with Antonio Gibson, Tony Pollard, and Clyde Edwards-Helaire all having big days. Last week, we may have seen more if Joshua Jacobs wasn’t banged up and the Raiders weren’t playing from behind and needing to throw the ball. Against Chubb and Hunt, it looms as a problem-area for a Chargers’ defensive line that hasn’t delivered as well as other facets of the team.

The Chargers sure do look good and are clearly a contender. They could push the Cleveland “D” to its limits in this game, and I’m not loving this being the second road game in a row for the Browns. There are just some matchup elements that seem to check out well for Cleveland in this spot. I see their defense curbing the Chargers’ run game and forcing Herbert off his rhythm enough to make the air-game hit and miss. Meanwhile, even if Mayfield isn’t hitting guys left and right, I see the run taking over in spots and allowing the Browns to cover the spread this week. I’m taking Cleveland.

Loot’s Prediction to Cover the Point Spread: I’m betting on the Cleveland Browns plus one point. Bet your week 5 NFL picks for FREE by taking advantage of a 100% REAL CASH bonus on your first deposit of $100 to $500 at GTBets!