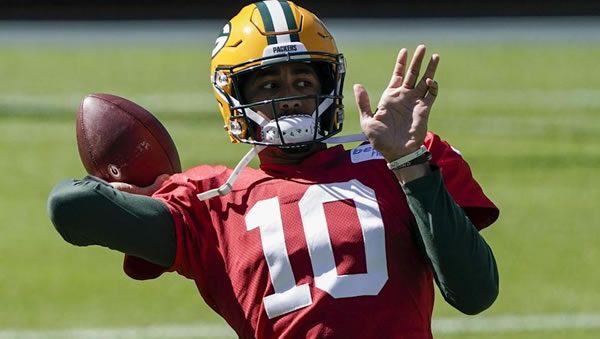 The NFL had to be happy when the schedule was released, and they saw Green Bay heading to Kansas City to battle the Chiefs in Week 9. It was surely a potential SuperBowl preview with two of the best QBs going at it. Well, we can’t always get what we want, and this matchup is now somewhat lackluster given the struggles of the Chiefs and the recent development that Aaron Rodgers will miss the contest due to CoVid protocols. That news sent KC from a small 2.5-point favorite to one of the larger favorites of the week, with the line now at 7.5-points. The over/under fell from 55.5 to 48. Green Bay was able to survive the loss of Davante Adams last week, but it will be a much tougher task to win without their MVP. Kansas City becomes a huge beneficiary considering a win puts them at 5-4 and in a much better playoff position than if they were to lose. KC still has to take care of business, but things are looking good considering GB has a .361 winning percentage when Rodgers doesn’t start.

Green Bay had been one of the best teams for bettors in 2021, and they were riding a seven-game ATS win streak into this week, but any GB trend is irrelevant without Rodgers. In the eighteen games that A-Rod has missed completely, Green Bay has won just six, and they have averaged 20.7 points per game. They have averaged 19.7 first downs in those contests, which would rank 24th if applied to 2021, and their average third-down conversion rate would rank 20th. The Packers also got worse on defense in those games, allowing an average of 28.3 points. Kansas City has an 0-4 record against the spread in their last four at home and just a 2-12 ATS record in the previous 14 after a straight-up win. The Chiefs are also just 4-14 ATS in the last 18 as favorites.

Love it or Leave it

Jordan Love will be making his first NFL start, and he is likely the best back-up to start in Rodgers’ place, considering GB drafted Love in the first round two years ago. Love did not have a traditional camp in 2020 and was inactive for every game last season, so his first action of any kind came in this preseason. He did rather well in two preseason games, completing 70% of his passes with one touchdown and one interception. He clearly has the size and athleticism to be a player at this level, but his adjustment to game-day speed and ability to make key throws will tell the tale this Sunday. Third-down performance may be the biggest factor. Love converted 4-of-11 third down chances during preseason play. The Green Bay run game is going to shoulder a larger burden than if Rodgers were there, and they probably need to do a bit better than their current 108 yards per game that ranks 17th. Aaron Jones and A.J. Dillon both average 4.5 yards per carry but that duo has just three rushing touchdowns on the season. Kansas City is 24th against the run, but they were able to hold Derrick Henry to 86 yards, so don’t look for automatic success from the GB running backs. Davante Adams leads the team with 52 receptions and 744 yards. He hasn’t worked with Love enough to gain a solid chemistry but remains the best playmaker on the field for Green Bay. The Packers defense stands a decent chance to hold down KC’s 2nd ranked offense considering Green Bay is 7th in yards allowed, 6th against the pass, and 9th in scoring defense, allowing 20.9 points per game. Rashan Gary has emerged to lead the team in sacks in the absence of Za’Darius Smith, and each current member of the Green Bay secondary has at least one interception this season.

Kansas City had developed a reputation of mostly blowing out the opponent in recent seasons, but this year has seen much closer contests, and KC isn’t winning at the same rate. They have won by two scores in just one game so far and have been beaten by at least two scores on two occasions. The inevitability of KC scoring in bunches is gone, and teams like the Giants are able to stay in games for four quarters. That is good news for Green Bay’s chances, but this could also be an opportunity for KC to get a lead on an inexperienced quarterback and give their beleaguered defense a chance to play without the pressure of a close score. Patrick Mahomes is on pace for another 5,000 yards passing, but his ten interceptions are twice as many as he had all of last season. The passing game remains one of the best overall weapons in the league, with Tyreek Hill and Travis Kelce the consensus best WR-TE combo. That duo has 10 of Mahomes’ 19 touchdowns, and they will test GB’s top-ten passing defense. The Chiefs defense is allowing 4.6 yards per rush and has the 2nd-fewest sacks through eight weeks to be one of the worst statistical defenses across the board. Their playoff chances rely on some long-term defensive improvement, but their options to cover this Sunday probably rely on their ability to pressure Love and get some takeaways. To this point, Kansas City has only generated eight turnovers while committing a league-high 19 themselves.

It has been frustrating to bet on the Chiefs this season, and it reached critical mass last week when they not only failed to cover a 10-point spread against the Giants but also nearly lost the game outright. I was on KC’s side last week, and I am not going to overreact and go the opposite direction this week because I really feel they are close as an offense to getting back on track. KC had 29 first downs last week and held the ball for nearly 35 minutes, which was ten more minutes than New York had it. That was a good recipe for a blowout, but KC was inefficient in the red zone, with just two touchdowns in six trips, including 50% in four goal-to-go situations, and they committed 12 penalties. The Chiefs kept the Giants in that game. I don’t think the same thing happens this Sunday without Rodgers in the lineup, and KC will be able to separate and recapture some of the look they had in recent seasons. Green Bay has been remarkable in winning through a rough start and injuries to key contributors, but much of that success was directly tied to Rodgers and that team’s confidence in his ability. I’m sure Green Bay will have a solid script for Love to follow, and this game should be close through the first half, but Mahomes, Hill, and Kelce should get theirs, and KC should get to 30 points. I don’t think Green Bay can match, and I think they fall along their recent averages without No. 12. KC wins 31-20.

Ted Walker’s Pick to Cover the Spread: Kansas City. You can make them a +11.5 underdog by inserting them into a massive 19 point NFL teaser only found at Wagerweb Sportsbook!