The Florida Gators take on the Michigan Wolverines in the Peach Bowl on December 29 in Atlanta. Both teams were successful this season, just a step away from really special seasons. The CFB board has Michigan as a 7.5 favorite on the betting line with the O/U line at 50.5. The big question on many minds is whether or not Big Blue can rebound from that spanking by the Buckeyes. Check out Loot’s forecast on how the game will play out along with his prediction.

The Boston College Eagles take on the Boise State Broncos in the First Responder Bowl in Dallas on December 26. Boise State is coming off a ten-win season. While successful in many ways, coming up short at home against a team they had beaten in Fresno in the MWC title game was a tough pill to swallow. They hope to make up for it in this bowl spot against the Eagles. It was shaping into a good season for BC until the end, but they still ended up bowl-eligible and could give their season some extra credence with a nice win in this game. Get Loot’s complete analysis and college bowl pick.

The California Golden Bears take on the TCU Horned Frogs on December 26 at Chase Field in Phoenix in the Cheez-It Bowl. The name of the bowl alone might elicit laughter, but both Cal and TCU will be looking to finish the season strongly. The betting line is on the board as a pick’em with the total line listed at a low 40 points. P handicapper Loot weighs out the lines and gives out his suggested wager.

The Baylor Bears and the Vanderbilt Commodores will battle it out in the 2018 Texas Bowl at NRG Stadium in Houston Texas. The college football bowl board has Baylor listed as a -3.5 point spread favorite with the total posted at 55 points. The public is laying down on Vandy with the Commodores getting around 60% of the spread betting action. Will our handicapper be following the public or will he fade “Joe Bettor” and get down on Baylor? Read on to get his selection and why.

The South Carolina Gamecocks will meet the Virginia Cavaliers in the 2018 Belk Bowl on December 29th in the Queen City at Bank of America Stadium. Both the Gamecocks and Cavaliers finished at 7-5 SU on the season including profitable ATS records (South Carolina 7-5 ATS/Virginia 8-4 ATS). The Gamecocks are currently listed as slight 4 point favorites but carry a disappointing mark of 3-6-1 ATS in their last 10 games as favorites dating back to the 2017 season.

An interesting match-up in the 2019 Alamo Bowl which features the Iowa State Cyclones versus the Washington State Cougars at the Alamodome, San Antonio, TX on 12/28/18. The NCAA football board has Washington St. as a -3.5 point favorite with the total line offered up at 54.5 points. CFB capper Wilson gives out his take on where your money should land on this game.

The Rainbow Warriors are at home hosting the Louisiana Tech Bulldogs in this year’s Hawaii Bowl at Aloha Stadium in Honolulu. The oddsmaker has listed Hawaii as a 1-point underdog against Louisiana Tech with the total offered up at 60 points. The Rainbow Warriors have been exploited on the ground this season giving up over 200 rushing yards per game, but face a team that hasn’t had a lot of success running the ball. Is the wrong team favored here? Get Keith Franks’ opinion and prediction on who to bet in this season’s Hawaii Bowl.

The San Diego State Aztecs take on the Ohio Bobcats on Wednesday in the Frisco Bowl from Toyota Stadium. The Mountain West Conference’s San Diego State was 7-5 this season. After three straight seasons with at least ten wins, it was a bit of a comedown, but they look for a strong finish to make it a little better. Ohio, meanwhile, heated up at the end of the season, finishing 8-4. With the Aztecs last playing on November 24 and the Bobcats last playing a day earlier, it’s almost a month since they last hit the field.

Two mid-level clubs from the Big Ten and the SEC will battle it out in the 2018 Music City Bowl. Both teams have shown flashes throughout the season putting together win streaks in conference play, but slumped at times and find themselves in a lower bowl game. The Boilermakers may be the better focused club after a good run at the end of the season beating a good Iowa team and losing in triple OT to Wisconsin. Check out Horne’s take on the game and get his ATS selection.

The College Football Playoffs SemiFinal match-ups will take place on Saturday, December 29th which will decide the two teams that will move on to play in the CFP National Championship Game. Headlining the primetime game will be one of the most exciting match-ups of the season when the no. 4 Oklahoma Sooners meet the no. 1 Alabama Crimson Tide in the Capital One Orange Bowl. Read on to see who Jay is predicting and why.

This year’s edition of the Gasparilla Bowl has the Marshall Thundering Herd battling the South Florida Bulls on December 20th, 2018 on the field of Raymond James Stadium in Tampa Bay. The oddsmaker has opened Marshall as a -2.5 favorite on the spread line with the total listed on the board at 55 points. Predictem college football prognosticator Keith Franks delves into the statistics and has come up with a strong play.

It’s WMU versus BYU in the 2018 Famous Idaho Potato Bowl. The betting has been even on this game with WMU getting slightly more action on the point spread line. The market opened with the Cougars laying between 11 to 12 points to the Broncos depending on the betting site, and the line has not gone above the -12 point at any juncture since its open. Is BYU worth of being double digit favorites or is the dog the way to go in this early college bowl game? Capper Keith Franks has some insight on this match-up and gives out his spread pick to fade or play.

THE UAB Blazers take on the Northern Illinois Huskies on December 18 at FAU Football Stadium in the Boca Raton Bowl. NIU had some ups and downs, but still managed to win their last game to win the MAC title and they look to close out the season strong. Standing in their way is the Conference USA champion UAB Blazers, winners of ten games this season and also looking for a nice bowl triumph to cap off a big season. Read on to get our prognosticator’s ATS play on the game. 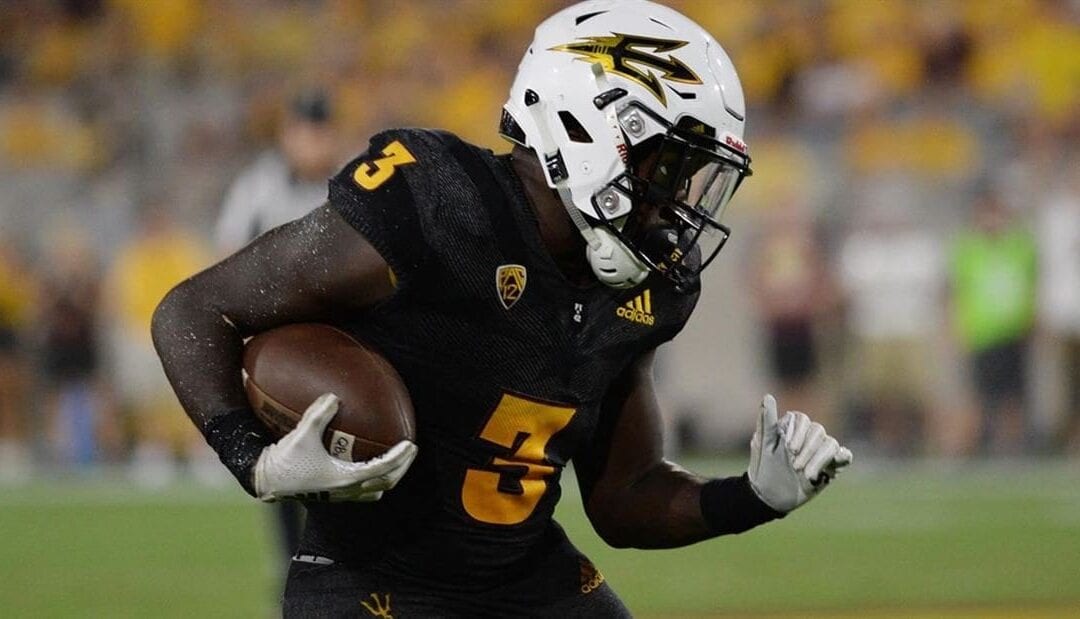 The Arizona State Sun Devils take on the Fresno State Bulldogs in the Las Vegas Bowl on December 15. It looks to be a competitive game, despite some divergent results this season. The Sun Devils finished well but were still only 7-5 this season—more or less also-ran status in the PAC-12 Conference. The Bulldogs won 11 games this season and ended the season on a big note with an overtime win at Boise for the Mountain West Conference title. Read NCAA football handicapper Loot’s pick to cover the spread on this college bowl game.

The historic and prestigious rendering of the Army-Navy Game will be rekindled this weekend for the 119th time when the Navy Midshipmen travel to Lincoln Financial Field for a meeting with the Army Knights. The Knights are enjoying an impressive season at 9-2 SU and are on the verge of just their 3rd 10 win season in school history. On Saturday, Army will be 7 point favorites as they seek their 3rd straight victory over the Midshipmen and 2nd straight claim at the outright Commander in Chief Trophy that includes all 3 teams in the U.S. Military Academy.

The Northwestern Wildcats play the Ohio State Buckeyes at Lucas Oil Stadium on December 1st at 8 PM ET in the Big Ten Championship game. Ohio State dropped just one game all season and that came against Purdue who lit up their secondary for 378 yards in a 49-20 blowout. Northwestern tasted defeat four times this season but like the Buckeyes lost only one game in Big 10 play. The college football betting board has OSU as a consensus -14 favorite with the total offered up at 61 points. Northwestern lost by ten to Notre Dame, but that was at home. Can they stay within two touchdowns at a neutral site against Ohio State? Get handicapper Ted Walker’s take and his free point spread pick.